Along with many other benefits

If there is one thing everyone loves in this hectic society we’ve created for ourselves, it’s a nice nap. But like drinking coffee or a glass of wine, some people feel guilty indulging in an afternoon slumber. But the good news is that napping can actually have numerous positive effects on the mind and body – with one recent study suggesting that taking a nap can improve memory fivefold.

There has been a recognizable amount of research put into studying the link between the brain and sleep. Sleeping for sufficient amounts of time sleep has positive effects on one’s state of mind, and can help improve mood, critical thinking, creativity, and memory.

This more recent study observed brain activity in nappers compared to non nappers while putting their short term memory to the test. The researchers found that even those who had napped also had an increase in their ability to learn and retain new information compared to those who did not. 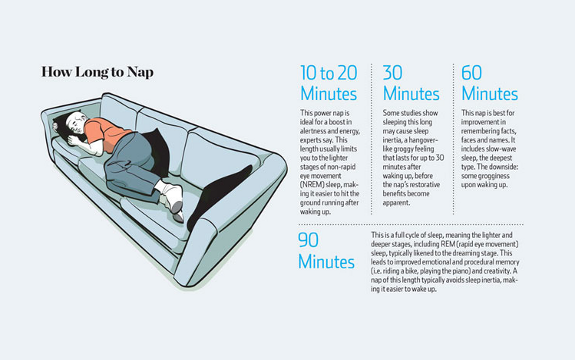 There’s a difference, though, between good and bad sleep. Most people nodding off in the daytime are doing so because they didn’t get enough sleep the previous night. For some, these types of naps are like a coping mechanism for their lack of adequate sleep, and often leave them feeling more groggy or fatigued because their body is trying to find longer and deeper rest that it has been deprived of.

In the right context, a nap can give you a refreshing effect and help you to get more done in your day. Remember to: