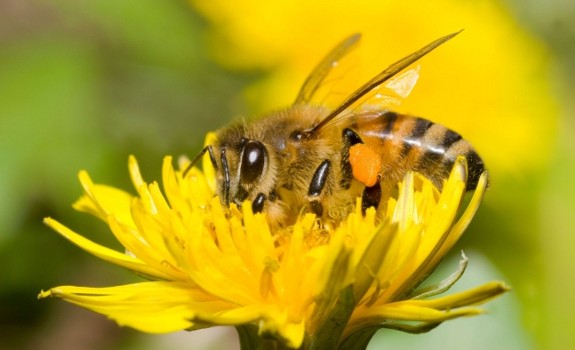 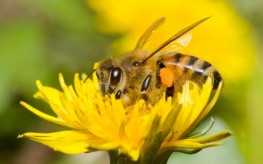 Many pesticides have been found to cause grave danger to our bees, and with the recent colony collapses in Oregon, it’s time to take a hard look at what we would be missing without bee pollination.

In just the last ten years, over 40% of the bee colonies in the US have suffered Colony Collapse Disorder (CCD). Bees either become so disoriented they can’t find their way back to their hives and die away from home, or fly back poison-drunk and die at the foot of their queen. There are many arguments as to what is causing CCD, but the most logical and likely culprit is the increased usage of pesticides by the likes of Monsanto and others.

A study by the European Food Safety Authority (EFSA) has labeled one pesticide, called clothianidin, as completely unacceptable for use, and banned it from use entirely. Meanwhile, the U.S. uses the same pesticide on more than a third of its crops – nearly 143 million acres. Two more pesticides linked to bee death are imidacloprid, and thiamethoxam. These are also used extensively in the US, while elsewhere, they have been taken out of circulation.

Recently, the FDA also seized Terrence Ingram’s bees, a naturalist who had been studying bees for over 30 years, and had a  colony that was resistant to Monsanto’s Round Up. Ingram’s prized hives, along with their queens, were destroyed by the FDA, and Ingram was given no warning that his bees would be demolished.

While we don’t need bees to pollinate every single crop, here is just a brief list of some of the foods we would lose if all our bees continue to perish:

If one of your favorites is on this list, you should consider becoming a bee activist.