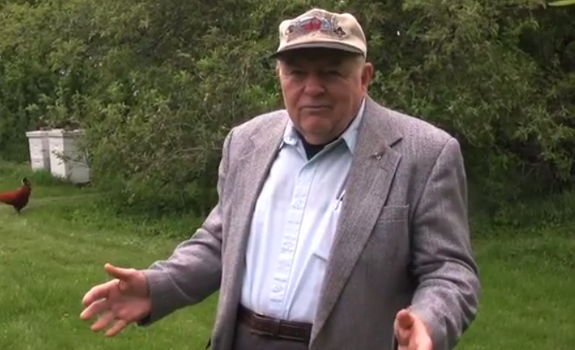 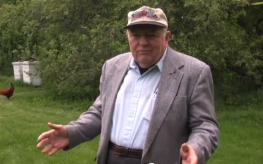 Terrence Ingram, a world renowned naturalist who once saved the Bald Eagle from being on the endangered species list, was recently met by the Illinois Agricultural Department which seized his privately-owned bees. The department seized his bees that were ‘resistant to GMO pesticides’ and killed the remaining healthy queen bees in his beehives.

Ingram had been researching the effects of Roundup, the Monsanto franken-food best-selling herbicide meant to make crops more resilient to pests. Roundup itself has long list of negative effects, with the product even shown to kill human kidney cells. Much of the ill effects of Roundup are produced by the active ingredient, glyphosate.

Ingram has been raising his bees for 58 years and researching Roundup’s effects on the bees for 15+ years. “They ruined 15 years of my research,” he told Prairie Advocate, by stealing most of his stock. You can surmise, that the results of his research were not likely a glowing report on the benefits of GMO pesticides.

The Ag Department allegedly seized Ingram’s bees because they were stricken with a disease known as American foulbrood. However, Ingram said he could prove that this is simply not true, and intended to do so at a hearing in April. Unfortunately, his bees were seized in March and are MIA.

The department released this statement to Ingram:

“During a routine inspection of your honeybee colonies by … Inspectors Susan Kivikko and Eleanor Balson on October 23, 2011, the bacterial disease ‘American Foulbrood’ was detected in a number of colonies located behind your house…. Presence of the disease in some of your colonies was confirmed via test results from the USDA Bee Research Laboratory in Beltsville, Maryland that analyzed samples collected from your apiary….”

Monsanto will not be held to any legal action, not in any state in America, especially as it loses stable footing in countries like Hungary. With scientific evidence mounting every day against their faulty seeds, of course they would need to dismantle additional research which proves the long-term negative effects of their GMO crops. Ingram’s bees were ‘inspected’ without his presence and without a warrant. As government regulation of our freedom’s are increasingly suppressed, why are companies like Dow and Monsanto given free reign?

Institute of Science in Society