More than 150 Bee Colonies Wiped Out in Oregon from Pesticides 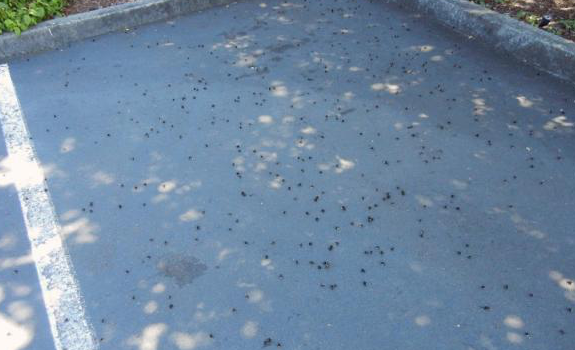 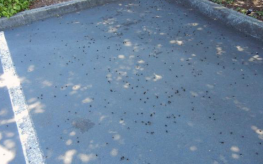 You wouldn’t celebrate Arbor Day by cutting down a forest, but one landscaping business in Wilsonville, Oregon marked National Pollinator Week in the same sort of ironic fashion—by killing off an estimated 25,000 bees in the small Oregon town.

According to the Wilsonville Spokesman, shoppers at an area Target began reporting mass amounts of dead bees in the store’s parking lot, specifically around the European linden trees that dotted the area. Portland-based Xerces Society for Invertebrate Conservation was called in.

“After several calls at the office, I visited the Target store in Wilsonville and found a parking lot full of dead bumblebees underneath blooming European linden trees,” said Rich Hatfield, a conservation biologist with the organization. “They were literally falling out of the trees. To our knowledge this is one of the largest documented bumblebee deaths in the Western U.S. It was heartbreaking to watch.”

Oregon agriculture depends on bees, and specifically the bumblebee population, to pollinate their crops. The thousands lost in Wilsonville could have a serious effect on surrounding farms. Even the EU has gone and enacted a ban on pesticides linked to bee deaths, while the USDA has welcomed them with open arms.

“All the trees had dead and dying insects,” said a local resident who initially called The Xerces Society, known for their work in bee conservation. “I parked by one of the trees and there were just masses of them. I was just disturbed.”

The Oregon Department of Agriculture was called in and collected samples of the bees and the surrounding vegetation. According to the agency, the trees had been treated with something known as dinotefuran, an insecticide from Safari. On the label, the pesticide specifically states not to use on trees that are in bloom, as the linden trees were.

Twenty-five thousand bumblebees is a rough estimate as officials believe the initial kill had been cleaned up. They surmise the kill represents the loss of about 150 bee colonies, in addition to honeybees, lady bird beetles, and other insects.

“We need to spotlight this as a real-world lesson in the harm these toxic chemicals are causing to beneficial insects,” said Scott Hoffman Black, executive director of the Xerces Society. “It would be especially alarming to find out whether pesticides are the cause in this case because the linden trees are not even an agricultural crop. Any spraying that happened would have been done for purely cosmetic reasons.”

Bees play a crucial role in our ecosystem, responsible for spreading pollen from plant to plant, encouraging fruit growth and production. To annihilate 150 bee colonies for aesthetics is truly an alarming incident.