Was Japan Duped by Monsanto into Accepting GMO Soybeans? 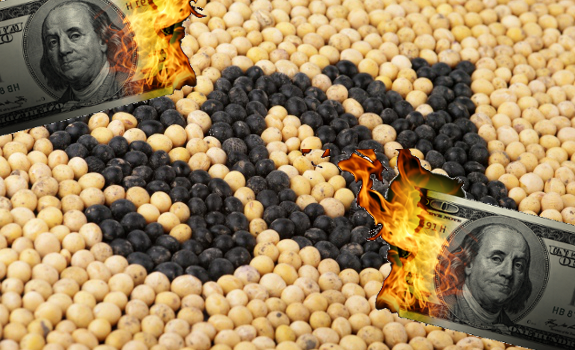 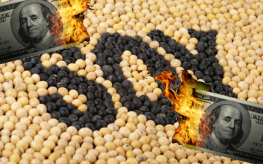 Are genetically modified foods safe? It certainly depends on who you ask. Monsanto, the king of GMO science would have you believe their products are not only safe, but even better than conventional seeds, despite a growing body of research to the contrary. It seems the biotech company isn’t only interested in coloring your view of their products, however, but also in misleading governments in an effort to dominate the global agricultural market. This is what is happening to Japan, a nation being duped by Monsanto into accepting GMO soybeans.

According to documents uncovered in 2003 by a Japanese research team led by Masaharu Kawata, Monsanto used clever words and flawed science to convince that country of the safety of their seeds.

The papers uncovered at the Japanese Food and Safety Association detailed studies and safety data from Monsanto as presented to Japan in their GMO soybeans campaign.

The government allowed Kawata and his team to enter the facility, but did not allow the papers to be removed. So, the research team of 40 people went in every day for the allotted five hours over a span of 10 days. In that time, they hand-copied all of the documents and found several troubling points of interest.

In essence, Monsanto attempted to outline all the ways in which their GMO-soybeans were “substantially equivalent” to conventional soybeans. But, Kawata found the data to be twisted and the research flawed.

Case in point: initial tests compared conventional soybeans and GMO soybeans after being exposed to heat of 108 degrees Celsius for a period of 30 minutes. The GMO seeds registered significant levels of urease and lectin after the heating process, while the enzymes present in the conventional seeds were destroyed in the heat cycle.

These two enzymes can reportedly cause intestinal problems, kidney stones, and liver problems.

Rather than report their seeds may pose this additional risk, Monsanto elected to put them through additional treatments at their facility at Texas A&M University. After putting the seeds through two more heat cycles, the enzymes were finally broken down. This, what Monsanto had been looking for all along, led them to deem the seeds “substantially equivalent”, despite having undergone different testing methods.

The interesting scientific applications didn’t stop there. When testing the acute toxicity of a protein CP4EPSPS, found in Monsanto’s GM soybeans, the corporation tested CP4EPSPS derived from a different source altogether—E. coli harboring plasma. It doesn’t take a Ph.D. to know that proteins derived from different sources, even the same protein, may behave differently.

“This is unacceptable because there is a possibility that the inserted gene work differently in soybean than was in the original bacterium, and therefore the expression product may be different from that of soybean,” wrote Kawata.

Should we be surprised that Monsanto submitted misleading information to the Japanese government? No. Twisting data or manipulating scientific studies is all part of their spin. Their end goal is to dominate global agriculture, and it seems ethics can’t get in the way.

2 responses to “Was Japan Duped by Monsanto into Accepting GMO Soybeans?”