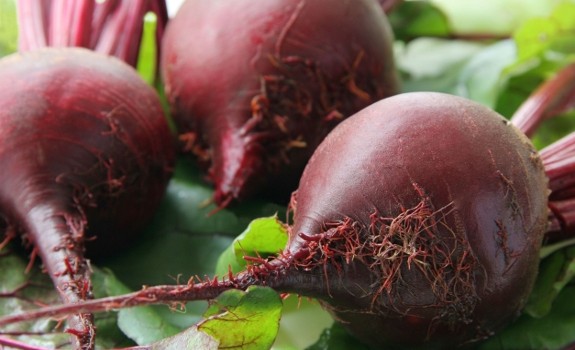 Dietitians are always arguing over the best foods, the best diets and the best lifestyle decisions a person can make. One year, eggs might be all the rage, while the next they could be the leading cause in X symptom for X disease and should be shunned by the masses. One such fad, if you want to stay as current as possible, revolves around the crimson red beetroot. Only the health benefits of beetroot really are incredible.

Full of nitrates, roughly 20 times more than most other vegetables, the beetroot may just be a wonder for scientists and dietitians combined as its healing and boosting powers are slowly discovered study by study. Due to the influx of nitrates, which, in assisting in the production of nitric oxide can widen and relax blood vessels, the beetroot is thought to lower blood pressure.

But improvements in blood pressure may only be the beginning to the beetroot’s scientific application. Within the beetroot is betacyanin, which has been found to slow the growth of tumors by 12.5 percent in patients with prostate and breast cancer. The importance of slowing cancer growth shouldn’t be underestimated. Many cancer patients are dubbed “cancer free,” but only in light of the fact that the cancer has not returned over a certain period of time. Anything that might slow the growth of cancer within a patient will always allow more time to treat or even discover the disease before it becomes fatal.

Be wary, however, because this study only evaluated betacyanin on its own, and it’s only assumed and not proven at this point that the beetroot’s other properties do not interfere with betacyanin’s affects.

A high fiber count makes beetroot and beetroot juice a prime choice for those with digestive issues. Fiber helps to promote digestive and colon health by cleaning out the gastrointestinal system and making for regular, healthy bowel movements.

Further adding to the health benefits of beetroot, the vegetable is also great for providing energy and boosting stamina. In one study, participants consumed a selection of baked beetroot (200 grams) before one run and the same amount of cranberries before a second run. The researchers discovered that beetroot outperformed cranberries in boosting peak performance by a wide margin.

After eating the cranberry dish, the runners averaged a speed of 11.9 kilometers per hour, or 7.3 mph. When eating beetroot, the participants hit 12.3 kilometers, or 7.6 mph. Amazingly, the effects were most observed during the last section of the run — often the most difficult for runners.

Another 2010 study found that adults who drank 500ml of the juice a day could boost stamina prolong exercise for up to 16% longer – and the increased oxygen flow to the brain due to those nutrients may even help slow the progression of dementia.

And don’t worry if your urine turns pink. It happens to about 14 percent of the population when they intake the vegetable – no big deal. Enjoy the health benefits of beetroot!