GMO OMG: Is This the End of Real Food? 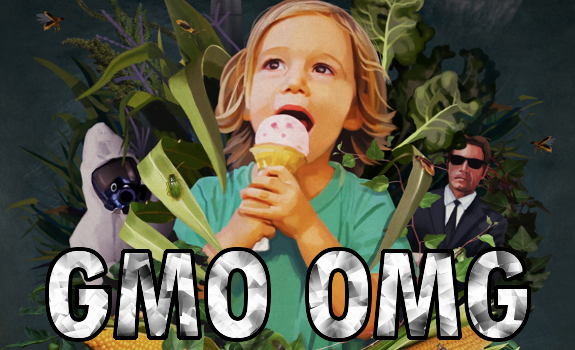 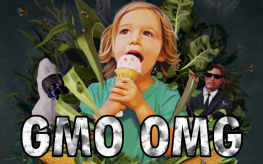 A groundbreaking documentary film is coming your way. It isn’t a film that you would likely see from the Hollywood mill. It explains why 85% of all corn grown in the US is genetically modified, while vast sections of the population still don’t even know what a genetically modified organism is. GMO, OMG should be required viewing by every American citizen.

The film has won awards at the Yale Environmental Film Festival and the Berkshire and Berlin International Film Festivals, but most of the Monsanto-controlled press will try its hardest to make sure you don’t hear about it.

Much like the industry-shattering The World According to Monsanto, the film exposes the questionable dealings of the makers of Agent Orange, the monopolies instituted by seed makers, and the alarming political and legal tactics that the biotech industry have used to practically eradicate real food. The small-scale, organic farmer could soon be like the dinosaur if the world doesn’t wake up, and this film does a great service to that end.

Some politicians have been aligning themselves with the anti-GMO movement and providing free screenings of the film, but more politicians have been on the receiving end of Monsanto’s bribery money, or simply were awarded high-paying jobs in both government and biotech companies. You can find an extensive list of politicians paid off by Monsanto, provided by Anthony Gucciardi, here. These are both Republicans and Democrats – Monsanto has purchased both sides.

As we move into warmer months in the US and time-honored traditions like roasting corn or eating ice cream at family gatherings, most of us don’t consider that our vanilla scoop was made from GMO, or that the corn on the bar-b-que could cause cancer and infertility.

The four largest crops planted in the US are GMO. Soybeans, corn, rape seed, and cotton have been utterly corrupted by the Big Ag industry. About 70 percent of processed foods you find in the grocery store contain GMO. An entire generation of Americans is being fed on fake, cancer-causing food.

Thanks to biotech seed monopolies, illegal funding, and immoral legal practices, we might just be witnessing the end of real food. Be sure to catch GMO, OMG in your city, and find out what you can do to kill biotech GMOs like a cancerous tumor.