Getting Ready to Microchip the Entire Human Race 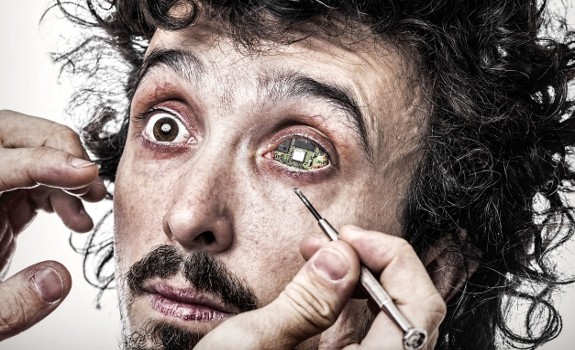 Former Defense Advanced Research Projects Agency (DARPA) director and now Google Executive, Regina E. Dugan, has unveiled a super small, ingestible microchip that we can all be expected to swallow by 2017. “A means of authentication,” she calls it, also called an electronic tattoo, which takes NSA spying to whole new levels.

She talks of the ‘mechanical mismatch problem between machines and humans,’ and specifically targets 10 – 20 year olds in her rant about the wonderful qualities of this new technology that can stretch in the human body and still be functional.

Hailed as a ‘critical shift for research and medicine, ’ these biochips would not only allow full access to insurance companies and government agencies to our pharmaceutical med-taking compliancy (or lack thereof), but also a host of other aspects of our lives which are truly none of their business, and certainly an extension of the removal of our freedoms and rights.

“These biochips look like the integrated circuits in a personal computer, but instead of containing tiny semiconductors, they are loaded with bits of actual DNA that make up genes or fragments of genes. Inserted in a PC-sized analytical instrument, the chips allow scientists to perform thousands of biochemical experiments at a fraction of the cost and time required for traditional tests.”

With bio-tech’s track record of hybridizing genes in our food and trees as GMO, why should we give them full access to our entire genetic makeup? With a satellite or the click of a button, these tiny micro-chips could also be set to begin our own demise, or even control our minds.

And the fact that microchipping has even been mentioned or considered in health care bills is insane:

“This new Health Care (Obamacare) law requires an RFID chip implanted in all of us. This chip will not only contain your personal information with tracking capability but it will also be linked to your bank account. And get this, Page 1004 of the new law (dictating the timing of this chip), reads, and I quote: ‘Not later than 36 months after the date of the enactment”. It is now the law of the land that by March 23rd 2013 we will all be required to have an RFID chip underneath our skin and this chip will be link to our bank accounts as well as have our personal records and tracking capability built into it…'”

This is not a new idea – Dr. Jose M.R. Delgado, Director of Neuropsychiatry Yale University Medical School Congressional Record, No. 26, Vol. 118 February 24, 1974 discusses it extensively in a paper in which he states, “Man does not have the right to develop his own mind. This kind of liberal orientation has great appeal. We must electrically control the brain. Some day armies and generals will be controlled by electric stimulation of the brain.”

Is this the kind of mind that is creating bio-tech warfare in the form of GMOs, chemtrails, and vaccines? Don’t sign me up for micro-chipping or high-tech tattoos. I trust the medical establishment and biotech about as far as I can throw a rotten, cancer-causing GMO apple.

27 responses to “Getting Ready to Microchip the Entire Human Race”