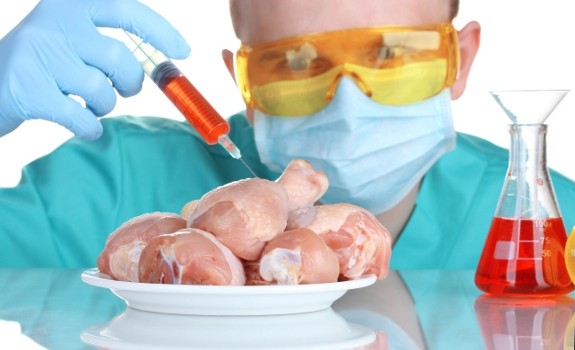 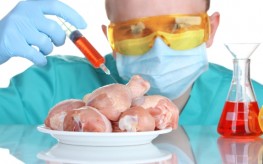 By summer of 2013, US governing bodies, or, the alphabet soup of corruption (USDA, FDA, etc.) are expected to grant permission for scientists to roll out genetically modified salmon and allow for genetic engineering in farm animals for human consumption.

These ‘foods’ are grown using growth hormone genes taken from sterile fish. The salmon that are grown using this form of GM farming will be the first in a series of about 30 fish that will be unleashed for pubic consumption. This time it isn’t Monsanto at the helm of the evil plot to make us sterile and cancerous, but a company named AquaBounty. One of its major shareholders is the Intrexon Corporation, owned by a pharmaceutical company called Clinical Data Inc (acquired by Forest Laboratories). This company is using world food shortages to justify growing genetically modified fish and farm animals, but arguably, there is no food shortage.

We throw away millions of tons of food every year. Countless people only starve due to the engine of political/corporate greed, like the 14.5 billion dollars worth of food heisted by politicians in India recently and kept from small village food pantries. North American food waste alone could feed the entire planet.

So what does a company like Aqua Bounty (Clinical Data, Inc.) stand to gain if we eat foods that cause cancer and make us infertile? We then have to buy cancer drugs and chemo. We just might think of taking drugs that make us able to create our own young. It wouldn’t  be the worst plan to make us sick and desperate and milk us of our money. When will GMO stop? It’s beyond objectionable, it’s pure lunacy. Our entire food supply is being taken over by pharmaceutical companies.

Power of the Web

7 responses to “GM Salmon, Genetic Engineering of Farm Animals to Arrive in Summer 2013 Despite Public Opposition”