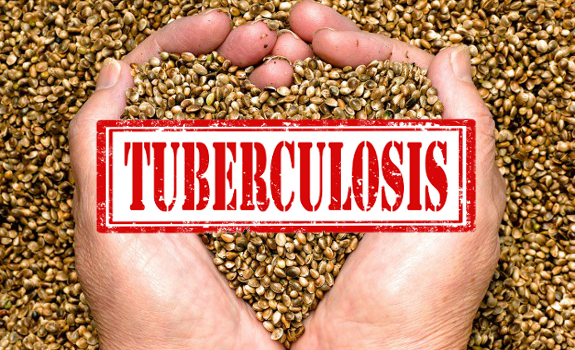 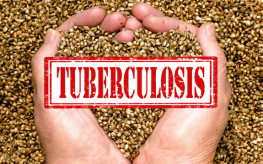 The World Health Organization (WHO) ranks tuberculosis (TB) as the second leading cause of death worldwide from an infectious disease. There were 8.6 million new TB cases in 2012 and 1.3 million TB deaths. Also, in 2012, the WHO estimated that 450 000 people (globally) developed MDR-TB (multidrug-resistant tuberculosis). About 9.6% of these cases were XDR-TB (Extensively drug-resistant TB).

It’s important to note that TB has always been prevalent in populations who are chronically stressed and malnourished in some way. Currently, those populations that are stressed and undernourished with severely weakened immune systems, as in AIDS, breed the most TB cases as opportunistic, secondary complications.

But as you’ll see below, while this infectious disease often shields itself against conventional treatments, there is another way to potentially get rid of this ailment – hemp.

As a medical student, Hermann Brehmer had contracted TB and was advised by his doctor to relocate to a healthy climate. He opted for an extended stay at the Himalayas where he continued his studies and eventually treated his TB. In 1854, he produced a stunning doctoral dissertation titled, “Tuberculosis is a Curable Disease.”

Within the same year, he established the first TB sanatorium in the mountain climate of Gorbersdorf, Germany. His protocol consisted of lots of fresh air, sunshine, nutritionally dense food, non-strenuous exercise, and fresh, raw milk. Brehmer’s treatment was widely hailed, and in fact became the blueprint for sanatoria around the world.

While it’s ideal to expose as much skin as possible to strong sunlight often, if conditions don’t permit, one who is struggling with TB symptoms should add 10,000 iu (international units) of cholecalciferol based vitamin D3 daily.

In 1955, the Tuberculosis Nutrition Study (TNS) in Czechoslovakia declared that hemp seed was the only food that could cure tuberculosis.

After 30 years of research, they discovered a high protein diet was necessary for successfully treating TB. The edestin protein found in hemp seed is considered to be the closest to human globulin, easily digested, and was considered the very best protein for treating TB.

“The children came to us in a state of more or less depressed nutrition. The tuberculosis (primary and secondary) was confirmed and checked by the Prague doctors, from whom we received the children. The children did not use any other medication, with the exception of colloidal  extract of hemp seed Edezym …

Three times a day the children received a soup spoon of Edezym, always a quarter hour before the meal (without a drink), then vitamin B1 and vitamin C. “… there is no doubt that the treatment was effective. In all cases, without any other medication or treatment procedures, within a usually short time, a healing of the lung or glands disease was accomplished.”

A researcher who wrote an article in 1941 for an edition of Science lamented the suppression of hemp seed, as it contained the perfect protein edestin, which is valuable for healing. He wrote, “Passage of the Marijuana Law of 1937 has placed restrictions upon trade in hemp seed that, in effect, amount to prohibition.”