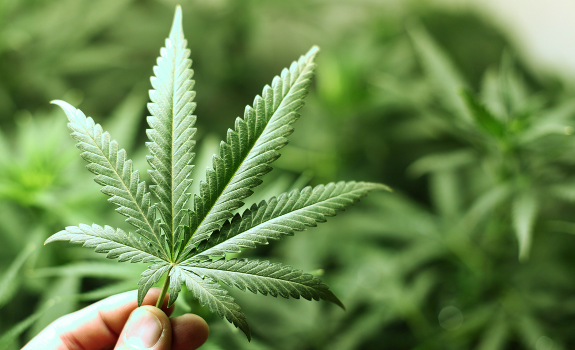 Many farmers in Colorado will be expanding their list of planted crops this Spring after groundbreaking legislation was passed last November that allowed not only for the legalization of marijuana, but hemp as well. Now in case you’re not familiar, hemp is actually a multi-purpose substance that does not produce the high effects of marijuana. In fact, it’s mainly used as a super cheap and highly efficient building material — at least in other nations where ridiculous bans are not enforced on the ‘high-free’ material.

Colorado farmers like Michael Bowman will be planting 100 acres of hemp to be harvested and sold off as not only building material, but a highly nutritious superfood.

While marijuana is considerably high in the substance known as THC  (delta-9 tetrahydrocannabinol), which of course is the compound that produces the ‘high’ effects, it’s also significantly low in what’s known as CBD (cannabidiol). That’s where hemp comes in. Both THC and CBD are known as  cannabinoids, but hemp is particularly high in CBD while lacking in THC.

Hemp as a Superfood, Industry Transformer

These cannabinoids have actually been promoted by many first hand sources as not only a health optimizing substance, but a serious solution to cancer. One popular documentary titled ‘Run from the Cure’ by Rick Simpson, which is available for free on Youtube, focuses on the use of hemp oil to conquer cancer.

Rich in essential oils, fiber, and a close to complete amino acid profile, hemp contains beneficial ingredients such as:

It is for these reasons that hemp is utilized today in many high quality products like protein shakes, energy bars, and many more food products. Two tablespoons of shelled hemp seeds contain about 11 grams of protein and 2 grams of unsaturated omega-3 fatty acids.

Its versatility allows it to be a prime ingredient even in clothing and fabric-based industries. It could  transform the entire industry, replacing unsustainable materials with environmentally friendly hemp.

Feds: ‘We Will Come for Your Hemp’

That is if the federal government doesn’t seize it across the nation. The DEA has its sights set on confiscating all hemp planted and grown in the United States through citing the Controlled Substances Act, which doesn’t differentiate between marijuana and hemp. The agents, which will ignore state law and enforce federal law throughout any state, say that they will be going after farmers who plant non-THC hemp as if they were planting marijuana. After all, they say it doesn’t matter what it actually is.

“It really doesn’t matter whether it looks different or it looks the same,” DEA agent Paul Roach told NPR. “If it’s the cannabis plant, it’s in the Controlled Substances Act and, therefore, enforceable under federal drug law.”

In the event that Colorado manages to generate acres of hemp without the federal government raiding the super efficient substance that is classified as a dangerous drug, it will provide a serious industry change that may spread to other states and potentially even federal law. In the more likely scenario of federal agents jailing hemp farmers and raiding their ‘drug’ operations, an intellectual and legal resistance will be in order to attempt to alter the ridiculous laws surrounding the cultivation of hemp.