The U.S. Food and Drug Administration (FDA) is the nation’s health watchdog, yet it has just approved a powerful new opioid, even as opioid overdoses continue to claim thousands of lives each year. [1]

The drug, approved November 2, is for use in healthcare settings. It will not be available in pharmacies. The medication is 5 to 10 times more potent than fentanyl, a painkiller sometimes mixed with heroin and other synthetic drugs. Fentanyl and other synthetic opioids were involved in nearly 20,000 deaths in 2017. [1] [2]

Read: The United Nations Says It Will Monitor the Fentanyl Market

The FDA’s Anesthetic and Analgesic Drug Products Advisory Committee voted 10-3 to recommend approval for the drug on October 12. [3]

The new drug, sufentanil (brand name Dsuvia), is tiny, less than 3 millimeters in diameter, but packs a powerful punch. So powerful, in fact, that critics and the head of the FDA’s advisory committee on painkillers advised the agency against approving the pill. 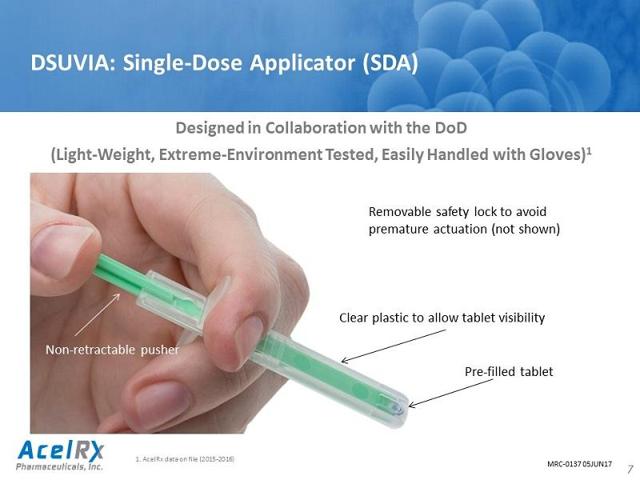 In an unusual move, FDA Commissioner Scott Gottlieb issued a statement saying he would seek more authority for the FDA to consider whether there are too many similar drugs on the market, which would clear the way for the agency to turn down future applications for new opioid approvals.

Critics of the FDA have been pushing for a more holistic approach to narcotic painkillers, instead of the FDA’s practice of evaluating each individual opioid application.

Read: The Opioid Crisis Deemed a National Emergency: So What Happens Now?

Gottlieb said he would present new guidelines to the FDA’s Opioid Policy Steering Committee, and perhaps Congress, that would allow the FDA to consider:

“In this way, [drug companies] would know up front where the opportunities are for developing new drugs that meet the FDA’s standards for safety and effectiveness.”

The newly-approved drug isn’t actually new at all. It has been in use for 34 years, after surgery and in the emergency room. It had been administered via slow injection, as an infusion, or as an injection followed by an infusion. Dsuvia in pill form is placed under the tongue and quickly absorbed. The pill has the same effect as 5 milligrams of intravenous morphine. [1] [4]

“There are very tight restrictions being placed on the distribution and use of this product. We’ve learned much from the harmful impact that other oral opioid products can have in the context of the opioid crisis. We’ve applied those hard lessons as part of the steps we’re taking to address safety concerns for Dsuvia.”

Slimy Tactics to Get Approval?

But critics say the FDA took a detour around its normal vetting process. The FDA advisory committee chair and the consumer advocacy group Public Citizen say Dsuvia is an unnecessary medication and that its size and potency will appeal to those looking to sell or misuse it.

Dr. Raeford Brown, an anesthesiologist at the University of Kentucky, and chair of the FDA’s Anesthetic and Analgesic Drug Products Advisory Committee, said:

“We have worked very diligently over the last 3 or 4 years to try to improve the public health, to reduce the number of potent opioids on the street. I don’t think this is going to help us in any way.”

Public Citizen contends the FDA sought to “tilt” the vote’s outcome toward approval. Unfortunately, Brown said he was unable to attend the advisory committee meeting and further express his disapproval on Oct. 12 due to a scheduling conflict – one that he had informed the FDA of months in advance.

Brown said the committee opted to vote without him.

“I have strong feelings about the opioid crisis, as someone who lives in the Commonwealth of Kentucky, where we continue to have people die. My forthright nature may have played a role in their decision about how the agency was going to manage this advisory committee.”

Members of the agency’s Drug Safety and Risk Management Advisory Committee were also absent from the meeting. According to Public Citizen, members of that committee weren’t even invited to attend.

In an email, an FDA spokesman wrote that drug safety committee members “could not attend due to scheduling conflicts.”

Read: Panel – The FDA Desperately Needs to Review its Approach to Opioids

Furthermore, U.S. senators Ed Markey, Claire McCaskill, Joe Manchin, and Richard Blumenthal sent a letter to Gottlieb ahead of the vote echoing the concerns of Brown and Public Citizen and asking the agency to deny approval to Dsuvia until the full drug safety committee were allowed to participate.

The FDA approved the drug anyway.

“There should never again be a meeting on opioids that doesn’t include drug safety. The FDA really screwed up.”