The United Nations Says It Will Monitor the Fentanyl Market

Fentanyl is one of America's newest deadly drugs

On March 16, the United Nations (U.N.) added 2 chemicals used to make the painkiller fentanyl to an international list of controlled substances. Assistant Secretary of State William Brownfield, the chief U.S. State Department counter-narcotics official, has hailed the move, but acknowledged that it won’t immediately decrease illegal trafficking of the chemicals. [1] [2]

Fentanyl is a man-made opioid that can be up to 100 times more powerful than morphine. It is approved to treat severe pain, particularly in patients with advanced cancer, and is considered to be America’s newest deadly drug due to misuse.

Fentanyl is often combined with heroin or made to resemble other painkillers that grab a higher street price, often leading to the deaths of users who are unaware that the drug has been contaminated. [2]

At its annual meeting, the Commission on Narcotic Drugs, which is also the governing body of the Vienna-based U.N. Office on Drugs and Crime (UNODC), voted in favor of “scheduling” two fentanyl precursors and a fentanyl-like substance. In other words, these chemicals were added to an international control list, which should help ensure more stringent international monitoring of suspicious orders and transactions. This could make it harder for people get their hands on them and produce fentanyl. [1] 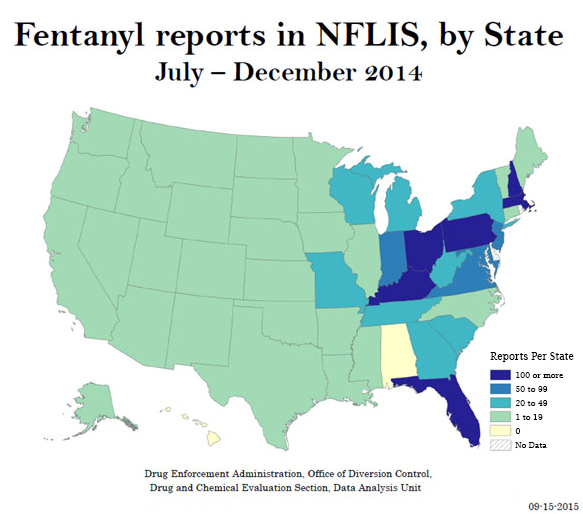 A U.S. State Department spokeswoman said in response to the decision:

“None of us lives under the illusion that this is a silver bullet to solving our opioid crisis. But this vote will make it harder for the criminals that are illicitly producing fentanyl to access the necessary resources. It will require countries to regulate the production, sale, and export of the precursors to fentanyl, and to criminalize sale or trafficking outside of those regulations.”

The UNODC named the two precursors as 4-anilino-N-phenethylpiperidine (ANPP) and N-phenethyl-4-piperidone (NPP). The commission also added butyrfentanyl, a fentanyl analogue that is similar to the drug.

The State Department said in a statement:

“The U.S. mission [to the United Nations in Vienna] … welcomes this decision as a concrete example of how international action can have a clear benefit for the United States, as we face a crisis taking a tremendous toll on American communities.” [1]