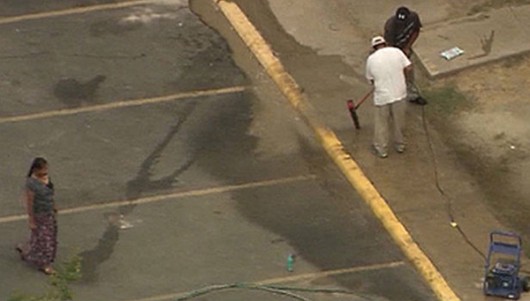 The first to be diagnosed with Ebola in the United States, Thomas Eric Duncan initially sought treatment at Texas Health Presbyterian Hospital on the night of Sept. 25 after returning from Liberia. Shockingly, Duncan was sent home with antibiotics despite voicing that he had just been to Liberia, where an outbreak of Ebola has been occurring since March, 2014. By Sunday, he needed an ambulance to return to the same hospital after vomiting on the ground outside the apartment complex.

“His whole family was screaming. He got outside and he was throwing up all over the place,” resident Mesud Osmanovic, 21, said on Wednesday, describing the chaotic scene before Thomas Eric Duncan was admitted to Texas Health Presbyterian Hospital on Sunday.

Police and armed security guards were keeping people about 100 yards (meters) away from the apartment, with orange cones blocking the entrance and exit. Maintenance workers scrubbed the parking lot with high-pressure water and bleach.

Interestingly, though, despite Ebola being contagious through contact between bodily fluids (and more), photos appear to show the cleanup crew responsible for cleansing the sidewalk of Duncan’s vomit wearing no protective gear at all.

While the media would have us believe that Ebola can only be transferred via bodily fluids, this simply isn’t true. Actually, Ebola can be spread through contaminated surfaces, as well as through the air via tiny airborne particles called aerosols. This is hugely important to realize. The Ebola virus can survive for minute or even hours after transferring to a surface from an infected individual. If another person touches that surface while the virus is present and active, they may contract that virus if they later touch their own eyes, nose mouth, etc. This is why those in Africa became infected in taxi cabs. 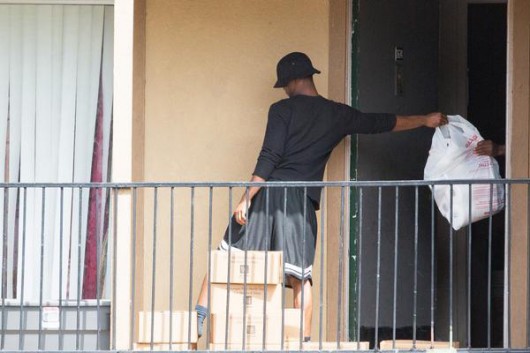 Focusing on the cleanup issue outside Duncan’s apartment, these men wearing no protective gear at all could easily contract the virus via airborne aerosols. While the Ebola-vomit-riddled sidewalk is indeed being drenched with cleaning agents such as bleach, shouldn’t the crew be protecting themselves from potential airborne aerosols from the high pressure power washing?

Going even further with the bizarre nature of these pictures, a neighbor appears to be casually walking by while the cleaning is going on. Maybe they for some reason aren’t aware of the risks?

The authenticity of these photos (captured from a helicopter) can be confirmed via local ABC affiliate WFAA channel 8. Click here for the original Twitter photo feed. 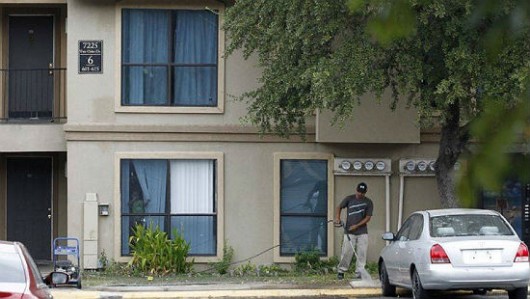