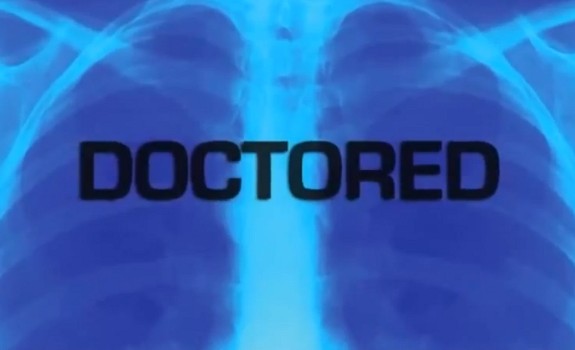 In a new documentary by Jeff Hays, Doctored shows the shortcomings and even the insidious nature of the modern medical and pharmaceutical culture.

Central to the film is the story of chiropractics, once considered by the western world quacks at best and cultists at worst. (This was in an era still reeling from the horrors of Charles Manson and Jonestown.) This was hardly a notion conjured by the public alone. It was the American Medical Association that branded chiropractics are part of “an unscientific cult” and until 1983 deemed it unethical for conventional medical doctors to mix with said cultists.

As stated early in the film, “There’s been a deliberate campaign to label anybody who doesn’t sell or distribute drugs, surgery or radiation as a quack.” This culminated in Wilk v. American Medical Association 1984, when Judge Susan Getzendanner ruled against the much esteemed American Medical Association (AMA), finding them guilty of an illegal conspiracy “to contain and eliminate the chiropractic profession.”

Since then, chiropractics have regained some of their lost prestige. That the AMA has long shed its witch-hunting reputation speaks to its incredible marketing prowess. But they haven’t exactly loosened their grips on their torches and pitchforks—or their pocketbooks. In recent years alone, GlaxoSmithKline has been found pushing off-market uses of drugs like Wellbutrin through influential celebrity doctors, and the Food and Drug Administration is even helping Big Pharma boost sales by looking to hinder or ban affordable foods and supplements like walnuts and vitamin B6.

Of course, mainstream medical care has its place, like in caring for a patient with broken bones or victims of a car accident. Popping pills, however, won’t cure everything – or hardly anything. Through interviews with chiropractics, osteopathic doctors, MDs, pharmaceutical sales reps, and champions of holistic healing like NBA Hall of Famer John Stockton, Doctored makes two very simple things clear:

Pharmaceuticals pushed by mainstream medicine produce more deaths than traffic fatalities. While the U.S. only makes up 5% of the world’s population, the citizens are consuming more than 50% of the world’s pharmaceutical drugs. But America is one of the sickest developed nations. Perhaps the quacks are the ones saying that these unnatural, dangerous antipsychotics, over-powered pain killers, and statins are worth the pretty penny charged.

Anyone second this notion?