Steps for Avoiding this Cancer-Causing Substance in Cooked Foods 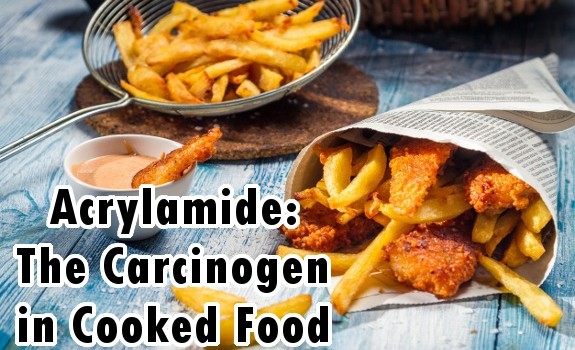 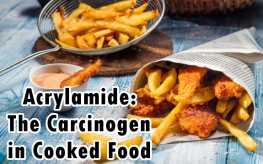 Over ten years ago the nation was given a sad bit of news – that their beloved French fries and potato chips contained a cancer-causing substance known as acrylamide. It was a headline grabber as the substance was believed to cause cancer in lab rats when consumed at very high doses. Now, acrylamide has vanished from the spotlight, leaving many people wondering if it’s still in our foods and if it’s still something to worry about.

The answer to those questions seems to depend on who you ask. While we haven’t heard about it in a while, the FDA recently issued a draft guidance to the food industry on how to reduce acrylamide. Some experts say the movement by the FDA is unnecessary. Others think more should be done.

Acrylamide is found in cooked foods, though mostly appears in plant-based foods which  have been fried, baked, or cooked at high temperatures. French fries, chips, coffee, and even toasted bread are the most noteworthy sources. But this isn’t a new occurrence, merely a new discovery. As a matter of fact, acrylamide has likely been in our cooked foods, particularly plant foods, since we first started cooking them.

The concerns about acrylamide causing cancer in humans has not been definitively confirmed, though it still may be something to be concerned about.

“We found a suggestion that it might increase ovarian and endometrial cancer, but we found nothing for breast and nothing for prostate,” says Kathryn Wilson of Harvard’s School of Public Health.

But these studies weren’t without flaws, relying on self-reported diet information from participants. When studies actually measured blood levels of acrylamide, that same link was not found. The one that did find a link between breast cancer and blood acrylamide didn’t account for smoking, the greatest risk of acrylamide of all.

The National Toxicology Program lists the substance as “reasonably anticipated to be a human carcinogen”, due to the animal studies. Beyond that, it’s true effects are largely unknown.

Still, the FDA does offer an action plan to reduce exposure to this carcinogen:

Here are some steps you can take to help decrease the amount of acrylamide that you and your family consume:

FDA also recommends that you adopt a healthy eating plan, consistent with the Dietary Guidelines for Americans, including: