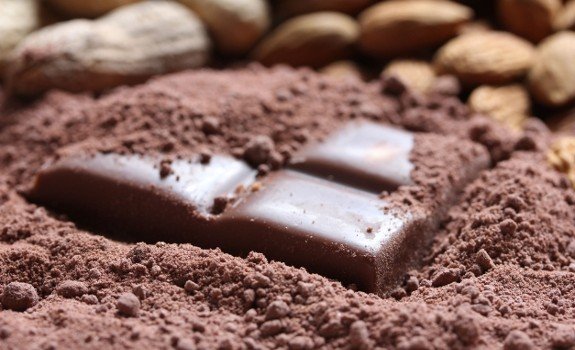 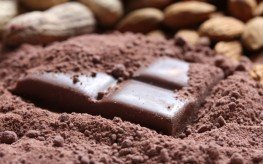 As children, we were always told that chocolate and other candies would “rot” our teeth, that part of the reason we couldn’t eat ice cream and candy bars was to preserve our dental health. Of course no one should eat processed candy and ice cream, or too much of it in any form. But contrary to the belief that chocolate rots your teeth, a growing body of research has found chocolate to not be so bad after all. One part of the cocoa plant is even found to promote better dental health.

Firstly, the chocolate-cavity connection: Sugar is bad for your teeth. It eats away at the enamel and destroys the beneficial bacteria that protects your mouth. But when it comes to which is the worst, chocolate doesn’t top the list. On the contrary, chocolate may actually be better for your mouth than other sweet treats.

One reason for this is that chocolate doesn’t linger. When you eat a hard candy or chew a gummy worm, small pieces of sugar get lodged in your teeth where they can stay until you brush or pick them out. Chocolate melts. It goes down your throat and doesn’t stick behind.

Also, cocoa butter within the chocolate is said to protect the teeth, giving it a coat of buttery goodness that can resist damage from sugar.

Secondly, there is an aspect of the cocoa plant that could actually prevent cavities and tooth decay. While we don’t see the husk of the cocoa bean, it’s there when cocoa is in its natural state, and researchers from Osaka University in Japan say it kills bacteria in the mouth that can lead to dental damage. Further, the researchers of the study say that antibacterial agents in cocoa beans offset sugar content. The main issue, as you might imagine, is that the husk is where these benefits primarily come from – but it’s mostly just thrown away.

As reported by The Telegraph, tooth decay happens when the Streptococcus bacteria forms a molecule called glucan. This coats the teeth and helps convert sugar to acid, which eventually damages teeth. Rats who were given an extract of cocoa bean husk were actually less likely to develop cavities as the husk prevented the production of glucan. Of the two groups of rats fed a high sugar diet, the group receiving the extract developed 6 cavities or less over six months, while the group not receiving the extract developed 14 cavities on average.

Unfortunately, cocoa bean husk is lost in the chocolate production process. But, it could one day be added to dental products like toothpaste to help keep teeth healthy naturally.

In the meantime, don’t gorge yourself on chocolate bars thinking that you are helping your teeth. Keep them clean, brush and floss regularly, and try oil pulling to prevent decay. These practices are also great home remedies for bad breath, which is a problem often linked to poor oral health.

One response to “Cocoa Bean Husk Found to Protect Your Teeth”