EPA Will be Targeted in Court for Approval of Toxic 2,4-D Enlist Duo 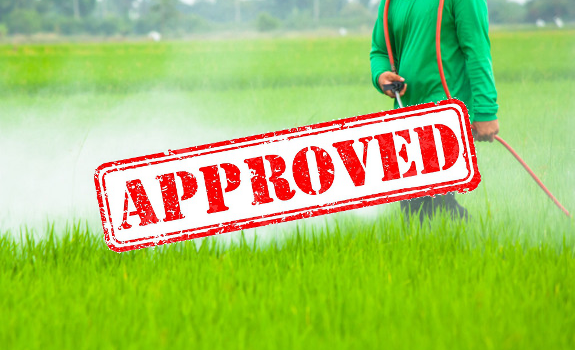 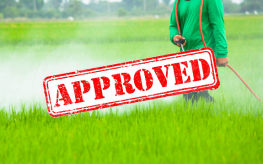 The Center for Food Safety (CFS) has condemned the EPA’s decision to approve Dow Chemical’s Enlist Duo herbicide – an alarming blend of 2,4-D chemicals and glyphosate meant to be used in conjunction with genetically engineered corn and soybeans. If anyone still believes the U.S. protection agencies are actually out to protect public health after this latest debacle, then I have a bridge I’d like to sell you.

According to the National Resources Defense Council, there are dozens of studies which prove the toxicity of 2,4-D (2,4-dichlorophenoxy acetic acid), and we’re all familiar with glyphosate’s hideous track record by now. The stuff is a death trap for invertebrate animals all the way up the food chain to human beings.

Now, the EPA has approved the double-whammy of herbicidal toxicity via ‘GMO agriculture’ – a combination of chemicals which have been linked to cancer, cellular damage, hormonal interference, and reproductive problems.

Dow chemical’s 2,4-D was a component of Agent Orange, the toxic defoliant used during Vietnam, one which veterans are still recovering from today. The chemicals have caused non-Hodgkin’s lymphoma, Parkinson’s disease, and endocrine disruption, as well, with children at particular risk. The EPA’s assessment of Enlist Duo grossly overlooked the dangers of children being exposed to these chemicals – just one of numerous flaws in their analysis.

So – what’s to worry about?

Additionally, the EPA’s approval was the final hurdle for the heavily criticized new crop system and paves the way for commercialization and planting of more GMO crops, which are already choking out organic crops due to cross-pollination.

Andrew Kimbrell, executive director for Center for Food Safety commented regarding the decision:

“[The] EPA has turned its back on those it purports to protect – the American people and our environment. In the wake of our government’s abdication of its responsibilities, Center for Food Safety will pursue all available legal options to stop the commercialization of these dangerous crops.”

Sixty members of Congress signed a letter opposing the herbicide and GMO crops meant to be grown with the chemicals, as did 35 prominent doctors, scientists, and researchers. The well-known Dr. Oz has even asked Obama to stop the EPA’s approval of Enlist Duo. Over a million citizens have also voiced their opposition, with an additional quarter million contacting the White House in just the past 2 weeks.

“Today, [the] EPA shunned its duties to protect the environment and safeguard public health by bowing to corporate interests instead of relying on science. For years, the scientific community has been sounding the alarm about the increased use of herbicides and the link to a multitude of health problems. It’s shocking that EPA thinks it’s a good idea to allow the widespread use of a toxic chemical once found in Agent Orange on this nation’s farm fields. EPA should be working to reverse the trend of chemicals that poison our food supply, water and soil. It will be just a matter of time before weeds develop a resistance to 2,4-D, and the chemical industry comes up with an even more dangerous and potent product.”

Dow Chemical presented 2,4-D resistant crops as a ‘quick fix’ for another problem created by biotech; Monsanto’s RoundUp and glyphosate chemicals have caused an epidemic of super weeds. This ‘solution’ is akin to giving a five year old more rat poison because they were poisoned with, well, rat poison.

Even crazier is that even the USDA has acknowledged that the Enlist crop system will foster more weed resistance, a view held by many experts in the agricultural community. In fact, a peer-reviewed study published in the prestigious journal Bioscience in 2012 concluded that these new GE crops will trigger still more intractable weeds resistant to both glyphosate and 2,4-D.

“Monsanto’s Roundup Ready crops lead us down this futile path of chemical dependency. Now imagine Roundup on overdrive,” said Kimbrell. “Why are our agencies listening to the chemical companies and not the scientists, doctors and lawmakers who know that more chemicals are not the answer to the superweed problem?”

We can count on an additional 7-fold increase in the amount of 2,4-D that will now be sprayed on our crops – up to 176 million pounds per year – even according to the USDA’s own analysis.

(The quarter million comments to the White House is tallied via petitions from Center for Food Safety, Food Democracy Now!, Organic Consumers Association, Food and Water Watch, Friends of the Earth, Pesticide Action Network North America, and a petition on WhiteHouse.gov started by the Dr. Oz Show.)

3 responses to “EPA Will be Targeted in Court for Approval of Toxic 2,4-D Enlist Duo”