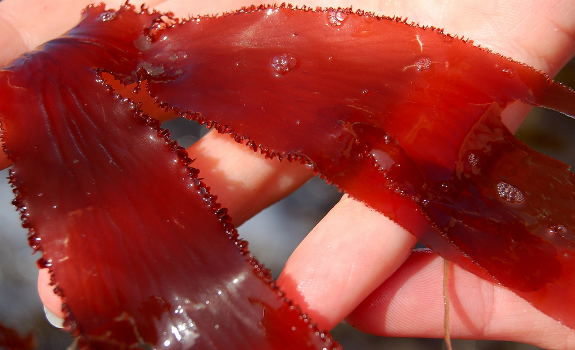 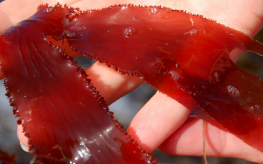 (Natural Society) Red algae, the pigments in which are caused by compounds known as phycoerythrin and phycocyanin, can now be known as yet another one of Mother Nature’s answers to the latest ‘Ebola Pandemic,’ as well as a host of other diseases ranging from HIV, Hepatitis-C, SARS, and more. There is no need to resort to experimental nationwide Ebola vaccines as suggested by U.S. authorities and the current mafia-vaccine maker, GlaxoSmithKline.

Red algae is a key antiviral for this crazy world we are living in. Just having a healthy, strong immune system could save your life, and at least minimize your chances of getting sick where other less-propagandized sicknesses are concerned, such as the ‘flu’ or even the common cold. Compounds in red algae help to greatly promote our own natural immune systems.

When researchers were looking into more details of the Gabon Africa Ebola outbreak of 1996, they found that Ebola causes death among about 70% of those who become infected. They also note that there are many people who think that cases deemed to be Ebola are actually hemorrhagic fevers, like Dengue, because they present the very same symptoms.

In any case, this 70% statistic led researchers from Gabon’s Franceville International Center of Medical Research to investigate more fully. How did 30% of the people exposed to Ebola live, even when they were in close contact with Ebola victims?

(Currently, there is controversy as to how Ebola is transmitted. Some say it can be airborne, which could mean it isn’t Ebola, and others say it must be contracted only through direct mucosal or blood such as a transfer of saliva, urine, semen or blood from one person to another.)

These researchers found that nearly half of those who were asymptomatic and seemingly immune developed antibodies (IgM and IgG) to the Ebola virus. Antibodies are protective proteins that guard against disease in the body, and they normally occur naturally in a healthy person.

They also noted that the asymptomatic group exhibited fewer inflammatory responses in general. Not to be too graphic, but Ebola is said to ‘liquefy’ the insides, which is a bit of an exaggeration It does cause extreme inflammation, though, which can eventually lead to heavy bleeding and death.

The asymptomatic group was also found to have higher levels of circulating cytokines and chemokines – which speed up the body’s ability to break down viral cells and stop them from causing people to be sick.

This happens in many diseases, not just Ebola. Mannose-binding lectins attack the Ebola virus but also other lethal infections like HIV, HCV and SARS.

Mannose-binding lectins are produced in the human body via a DNA sequence, called the MBL2. When our genes are working properly, these lectins flood the bloodstream and scourge disease – including unwanted fungi, bacteria, and even parasites, which utilize glycoprotein shells to protect themselves. They also inhibit virus growth.

They do this by breaking apart the surface of the unwanted microbe and breaking them down, allowing the body’s additional immune cells to kill off the virus or toxin and prevent it from replicating.

Research over the past five years has found that low levels of mannose-binding lectins increases the risk of respiratory infections, including syncytial virus infections, pneumonia and others.

Ebola, as many other viruses do, comes with a glycoprotein shell that must be broken down in order for someone who is in contact with it to remain healthy.

Where Red Algae Comes into Play

Furthermore, the glycoprotein shell of the Ebola virus produces glycoproteins that damage cells, allowing the virus to penetrate and replicate within the cell – but red algae has been shown to keep this from happening.

The reason for this mutation/switch-off has yet to be fully understood.

Red algae produces mannose-binding lectins plentifully, which allow the plants to protect themselves from invasion by viruses.

The most promising form of mannose-binding lectins is a component of the Scytonema varium red algae called Scytovirin. The protein extract was isolated by researchers from the National Cancer Institute at Frederick, Maryland in 2003. It contains 95 amino acids, and was found to bind to HIV-1 viral shells.

Another antiviral protein in red algea broke down the glycoprotein shells of HIV and HCV.

And yet another anti-viral extract found in a New Zealand red algae species, Griffithsia sp.. The anti-vrial, Griffithsin, was beneficial in treating mice with epidemic-potentiated SARS and also HIV-1. It stopped the viruses from replicating.

In 2010, Harvard researchers tested a recombinant version of Griffithsin – called rhMBL – against Ebola, and found that it broke down those pesky viral shells while giving mice complete immunity to the virus. Other animals have since been tested with similar results.

So, even if you aren’t certain red algae will keep you from contracting Ebola, you can boost your immune system and protect against a number of diseases, from Ebola to SARS,  simply by taking a red seaweed supplement.