Compound in Celery Found to Destroy 86% of Lung Cancer Cells 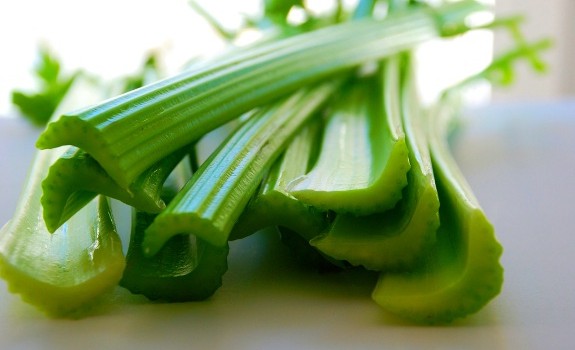 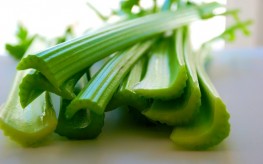 Many foods have a number of health benefits, while others stand above the rest as disease fighting wonders – at least in some specific departments. Celery is one of them. The food has been found to be extremely effective at killing ovarian, pancreatic, prostate, breast, liver, and lung cancer cells. In fact, in a recent study, celery killed up to 86% of cancer cells in the lungs (in vitro).

What makes celery so powerfully anti-cancerous? This nutritious, and low-calorie food seems unassuming. It is mostly water, after all, but in addition to calming your nervous system, aiding digestion, reducing inflammation, and lowering blood pressure, celery also contains an anti-cancer compound called apigenin, which has been effective at causing apoptosis (cell suicide) in numerous types of cancer cells.

Researchers in China have found that by eating just two medium stalks of celery 2 to 3 times a week can reduce the risk of getting lung cancer by an amazing 60%. It is still not definitive through the scientists research, however, if the apigenin alone does the work of killing cancerous cells or if they work in cooperation with other compounds found in celery

Furthering the link, other research found:

“Apigenin widely inhibits cell proliferation of various lung cancer cell lines in a dose-dependent manner and the combination treatment of apigenin and antitumor drugs is very effective in human lung cancer cells, and Nrf2-ARE pathway may contribute to the mechanism.”

And another study’s abstract focusing on the broader impact of fruit and vegetable intake on cancer concluded:

Conclusion: In agreement with previous studies, we found an inverse relation between vegetable and fruit intake and lung cancer risk in both strata of current and never smokers.”

Furthermore, woman who eat plenty amounts of apigenin in their diet are more likely to reduce the risk of developing breast cancer by 19%, and ovarian cancer by 20%. A study found that apigenin worked even on deadly, fast-growing breast tumors through inhibiting cell growth and suppressing the expression of a gene that is known to be associated with cancer growth. Furthermore, blood vessels which are known to fuel cancer cells were also found to shrink and receive restricted nutrient flow to the tumor — starving the ability to proliferate.


One way apigenin likely works is by reducing the possibility of cancerous tumor growth by decreasing the vascular endothelial and preventing glucose uptake – minimizing the cycle of cancer cells forming in the pancreas.

Vascular endothelial growth produces proteins that act as stimulation for the formation of new blood vessels. The unfortunate part of this protein is that is also helps the growth of cancerous tumors.

With such promising results, celery should be a new staple in your diet, and the diet of everyone you love. Just be sure to eat organic since celery is often drenched in pesticides – or you can grow your own!