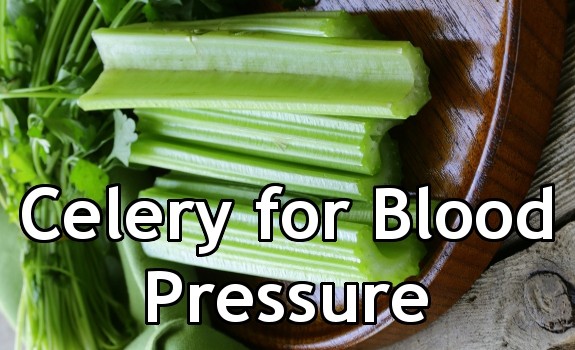 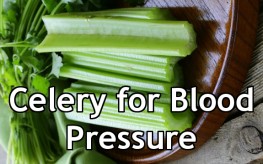 As he noted in a study earlier this spring:

“In particular, celery contains 3-n-butyl phthalide (3nB), a compound that is not only responsible for the characteristic odor of celery, but also has been found to lower BP in a preliminary study. In animals, a small amount of this compound lowered BP by 12% to 14% and cholesterol by about 7%. The researchers noted their interest was prompted when the father of one of them, who, after eating a quarter pound of celery daily for 1 week, observed that his BP had dropped from 158/96 to 118/82.”

“Conclusions: The results from this pilot study suggest that celery seed extract may have clinically relevant blood pressure–lowering effects, indicating that additional clinical research is warranted.”

More than 60 million Americans have high blood pressure, and more than half of all Americans between the ages of 65 and 74 are affected. Unfortunately, most individuals take prescription drugs to manage the condition – drugs that are loaded with dangers and side effects of their own. Users often feel dizzy, tired, forgetful, and even depressed. Celery, obviously, doesn’t cause these negative effects. For more solutions, check out these 7 herbs and foods for reducing high blood pressure.

While the research from Murray and his colleagues is impressive, it’s important to note their own disclaimer found at the bottom of their study:

“Doddabele Madhavi, PhD, and Daniel Kagan, PhD, are directors in BioActives LLC, the supplier of the celery extract used in this study. KL Venkatesh Rao, MD, has no financial conflict of interest to declare. Michael T. Murray, ND, is a director in BioMedica LLC and a consultant to Natural Factors Nutritional Products, Inc., companies that sell and distribute BioActives celery extract.”

One response to “Celery: A Potential Alternative to Blood Pressure Medication”