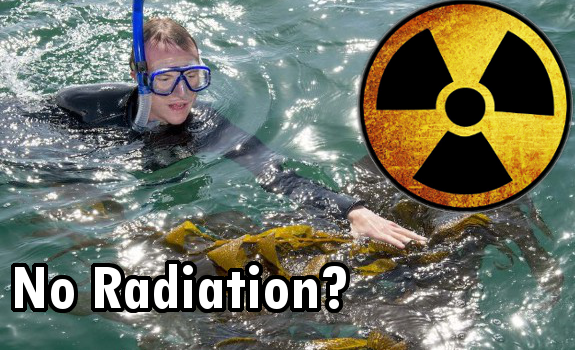 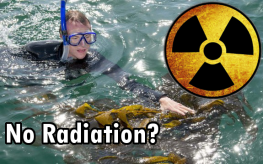 Sometimes you have to wonder how much people get paid to read lies off of cue cards to the American public. CBS KPIX 5 went on record recently to tell everyone concerned about radiation levels floating to the North American West Coast, that ‘experts’ have tested kelp levels, and found absolutely no radiation. Oh, and people have ‘nothing to be concerned about.’

The experts they refer to are running a program called ‘kelp watch.’ Kelp Watch 2014 is a project that uses coastal kelp beds as detectors of radioactive seawater arriving from Fukushima via the North Pacific Current. It is an effort led by Steven Manley, marine biology professor at California State University, Long Beach (CSULB), and Kai Vetter, head of applied nuclear physics at the Lawrence Berkeley National Laboratory (Berkeley Lab) and a nuclear engineering professor at the University of California, Berkeley. While these scientists sound credible, there are other reports coming in from different agencies that tell a different story.

It is interesting, especially considering no federal agency is currently measuring levels at all – or at least they aren’t telling us about it, and a group of rogue scientists are saying that around this month, the first wave of detectable radiation from Fukushima should be hitting the U.S. West Coast. Ken Buesseler, chemical oceanographer from the Woods Hole Oceanographic Institution, says:

“I’m not trying to be alarmist. We can make predictions, we can do models. But unless you have results, how will we know it’s safe?”

The samples used by Kelp Watch 2014 were taken from specimens primarily collected from February 24 through March 14. Is it possible that these kelp samples have not yet accumulated radiation or we are just ‘safe’ as the experts suggest?

Furthermore, a report presented recently at a conference of the American Geophysical Union’s Ocean Sciences Section showed that some Cesium 134 has already arrived in Canada, in the Gulf of Alaska area. Radioactive Cesium has varying half lives, from 2.06 years to 2.3 million years.

It is also possible that the radiation will show up in things besides sea kelp – such as larger marine animals, land animals, and air and soil samples. Some foods even have low levels of naturally occurring radiation, but low levels of radiation are now being found in milk from the West Coast, too.

A nuclear engineer has also just reported that radiation levels are much higher in the ‘plume’ headed our way from Fukushima, and other isotopes besides Cesium are a concern. In a broadcast on NPR, Dan Madigan, an adjunct assistant professor Stony Brook University, said:

“The models that predict the spread across the Pacific Ocean reaching the Eastern Pacific at some certain time is pretty much totally agreed upon, as in some amount of radioactive cesium and potentially other isotopes will cross the Pacific Ocean. The question is in the amounts. […] I want to point out I’m not saying that, or suggesting that, it won’t necessarily be problematic at all. But so far, all the information that’s been put forth has suggested that — I think a lot of people don’t know — in many ways this is a unique thing to happen to the Pacific Ocean, so people weren’t sure what they’d measure.”

An engineer from the Union of Concerned Scientists speaks similarly of current concerns about radiation bleed from Fukushima:

“. . . That’s true. I think what you’re seeing is the computer models assume that radiation particles are uniformly distributed in the air or water and therefore get transported across US shores. In reality there are particles that are not broken up evenly. It’s not like sugar dissolving in water. It’s more like particles that are suspended in water, and also there’s particles in the air, that cause local hotspots or high readings — much higher than the overall plume which seems a much more homogenous or uniform mixing. The computer models are good but they don’t account for the hotspots that people sometimes detect.”