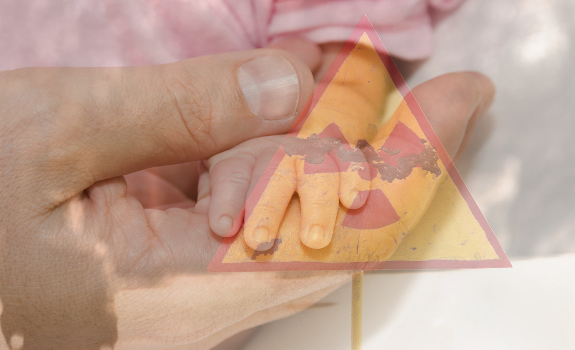 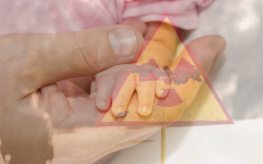 Still think that the Fukushima nuclear meltdown of 2011 never affected the United States public? Young children born in the United States West Coast, right in the line of fire for radioactive isotopes, have been found to be 28% more likely to develop congenital hypothyroidism than infants born the year before the incident.

The study followed children born in California, Alaska, Washingto, Hawaii, and Oregon between 1 and 16 weeks after the horrific meltdown at Fukushima back in March 2011. Published in the Open Journal of Pediatrics by researchers affiliated with the Radiation and Public Health Project, the information further lends credence to previous documentation regarding the way in which radioactive fallout ended up on US soil.

The researchers explained how radioactive fallout affected the entirety of the US in varying degrees:

“Fukushima fallout appeared to affect all areas of the U.S., and was especially large in some, mostly in the western part of the nation,” they wrote.

Fukushima’s Effects on The US

The findings are likely no surprise to those who have been following the effects of Fukushima closely, as back in 2011 numerous reports surfaced regarding the ways in which Fukushima’s radioactive waste had made its way to the US geography in a big way. Despite Japanese officials downplaying the incident and its real devastating health consequences, even so much as to ignore the fact that Fukushima radiation was detected in Tokyo far beyond the evacuation zone, US scientists were quick to reveal their own measurements to the scientific community.

Read: How to Boost Your Thyroid Naturally

Even as far away as Boston, highly radioactive objects known as ‘hot particles’ were detected by 2 out of 3 monitoring stations.

Scientists from UC Berkley detailed even more concerning reports following the disaster, finding the highest cesium content in topsoil for each California location was consistent. The recordings were posted online along with the date of finding:

But the levels were nothing compared to what Marco Kaltofen, PE, of the Department of Civil & Environmental Engineering at Worcester Polytechnic Institute (WPI) recorded from his research. In his report presentation, entitled  ‘Radiation Exposure to the Population in Japan After the Earthquake’, Kaltofen found samples on US soil that were 108 times greater than what UC Berkley researchers were reporting.