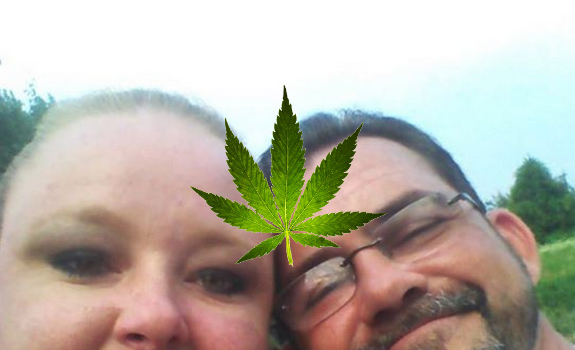 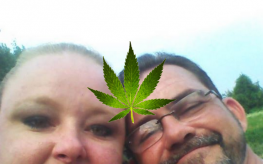 COPD, or Chronic Obstructive Pulmonary Disease, ranks third in disease death rates, behind only heart disease and cancer. COPD creates constricted airways in one’s lungs or renders small lung sacks within inelastic and unable to fully accommodate breathing cycles, thus the lungs are obstructed. The pharmaceuticals prescribed for treating symptoms often have side effects that cause more problems, so maybe it’s time to shed light on alternative solutions – marijuana.

The treatment situation is so bleak with mainstream medicine that those desperate to breathe normally and experience less coughing with mucus have turned to medical marijuana for at least some relief without negative side effects.

Smoking marijuana joints is shunned for obvious reasons, but many claim that vaping, or using a vaporizer to inhale cannabis, is useful for COPD without exacerbating the lungs’ inflammatory condition.

Even better results have been achieved by ingesting cannabis, especially the potent, highly condensed oil extract that Rick Simpson pioneered in Canada and now in Eastern Europe. Many medical marijuana advocates, especially those in medical cannabis friendly states, have learned to make the oil and provide it to those in need.

Most cannabis treatment-related awareness has migrated toward cancer, Crohn’s Disease, chronic epileptic seizures, and glaucoma. Even Parkinson’s disease and MS victims have experienced positive results from various cannabis with THC applications. But COPD victims can utilize this plant as well.

Pharmaceutical-dependent mainstream medicine could not really treat any of these diseases or even alleviate symptoms without complications, some fatal. Consequently, some COPD patients have hopped on the cannabis ‘cure’ bandwagon with positive results. These results include folks with late stage COPD and severe emphysema.

At the young age of 36, Jeff Waters was diagnosed with COPD. Eight years later he had to be rushed to an ER during another bout with bronchitis. Lung scarring was discovered and his condition was raised to stage 2 COPD. While prescribing several pharmaceuticals, the doctor told him it would continue to get worse and eventually kill him.

Jeff continued to get worse. He was unable to climb a flight of stairs and wound up as a stage 3 COPD with an oxygen tank to prove it. Showering and shaving turned out to be almost impossible. An allergic reaction to a prescribed high blood pressure medication put him into life support in ICU with severe pneumonia for a month. After his recovery, he resolved to handle his COPD without mainstream medical interventions.

Jeff found COPD sufferers online who had resolved their COPD issues with cannabis oil, so he networked with them and found his own sources for cannabis oil. After only two months of using the oil, Jeff went off oxygen and all the pharmaceuticals he had been prescribed. He now walks two to five miles daily and claims cannabis oil has allowed him “to get his life back”.