Cannabis Continues to Eradicate Disease Despite Efforts to Suppress It 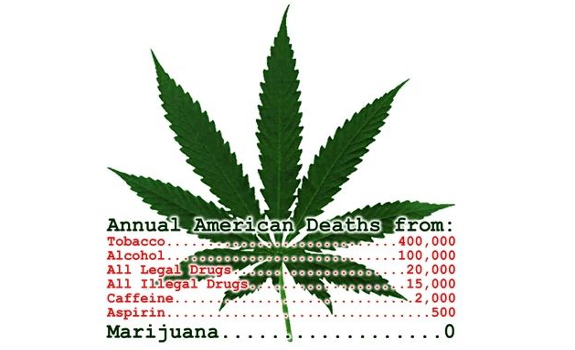 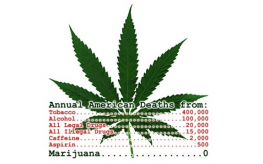 Big Pharma would suffer a severe financial blow if something natural was allowed to be used for a wide array of health problems. The medical mafia would lose a grip on its treatment tyranny, and all the auxiliary wings of the cancer industry would lose their businesses raising money for “cancer cures” from Big Pharma, even as many already do exist outside the Medical Mafia matrix. This is especially true when it comes to the highly vilified plant – cannabis.

But this whole episode of hemp and marijuana suppression shouldn’t have happened in the first place. It appears the roots of oppression were in early 20th Century America, when John D. Rockefeller established allopathic medical education and certification for the benefit of his burgeoning pharmaceutical and oil empires.

That ban was accomplished by industry insiders in the executive branch who were protecting their financial interests in forestry’s timber to paper industry, synthetic textiles, and petroleum based plastics, apparently in response to a newly patented hemp shredder.

This modern shredder would enable rapid access to hemp fibers and replace those other environmentally unsustainable uses, had just been created and promoted by Mechanics Illustrated magazine as the key to a new billion dollar industry involving hemp.

International and domestic medical research on cannabis has opened up considerably over the last few decades, no thanks to USA health and law enforcement agencies. In 1974, the National Institute of Health (NIH) funded The Virginia Medical College to do research proving marijuana destroyed the immune system and brain cells. Instead, the researchers discovered that cancer cells were destroyed leading to complete ‘cures’ in lab rats.

The Drug Enforcement Administration (DEA) stopped the research immediately. Shortly after that, President Gerald Ford mandated that only pharmaceutical companies would be funded for marijuana research. Fortunately, their efforts to synthetically reproduce cannabis’s healing properties have failed. Here’s that story.

Rick Simpson was forced to leave his native Canada and settle in Europe because he was under threat of arrest for producing hemp/cannabis oil in Nova Scotia and treating mainstream medicine’s “incurables” for free. His mistake was naively trying to get a legal exemption for the oil in Canada, then continuing to help others after being turned down by the court system.

Rick’s revelation after this was that the cancer industry does not want a ‘cure’. That would bring down a huge house of dollars for many. Coming to the USA would have been worse for his desire to spread the word on cannabis hemp oil. So he became an expat in Europe while spreading the word on cannabis oil’s medicinal use.

Now Rick is free to return to Canada as he travels Europe spreading the gospel of cannabis solutions. He explains it’s only because of his rapid rise to international notoriety and as long as he avoids lecturing and mainstream media exposure in America, which he enjoys throughout Europe and Israel.

Rick’s methods involve a somewhat risky solvent, naptha, that demands caution and large amounts of the whole plant. But a safer, easier method for making smaller amounts of the oil with grain alcohol is demonstrated here.

See the documentary “Run From the Cure”, which you can view here.