Before details of agreement are released to the public

Corporate lobbyists who want to force genetically modified food on the world through secretive and unconstitutional, behind-closed-doors deals have just moved their agenda forward by cutting a deal with the President to move the Trans Pacific Partnership (TPP) through a fast-track approval in Congress. This agreement would lodge corporate power in place, undermining democracy.

Our democratic rights are being ignored in order to make GMO labeling in the US illegal, giving corporations like Monsanto the ability to import their globally-grown genetically modified foods, while other unsafe foods come in through the back door of our nation.

Thanks to U.S. Senate Finance Committee Chairman Orrin Hatch (R-UT) and Senator Ron Wyden (D-OR) this secret trade deal is being pushed through Congress at record speed – before anyone even knows what the TPP contains! The TPP is being called a ‘free trade” agreement, but what it amounts to is a blank check with no legal accountability to Monsanto, Dow, Bayer, Cargill, Syngenta, and other biotech companies for destroying our health and our planet simultaneously.

An army of corporate interests have been scandalously negotiating this contract ‘in secret’ with trade representatives from 11 other nations for more than seven years, and they are ready to be given blind power to send GM crops into every nook and cranny of the planet, without ever telling you what they are growing, where, and which of their latest biotechnologies they have used to alter DNA. 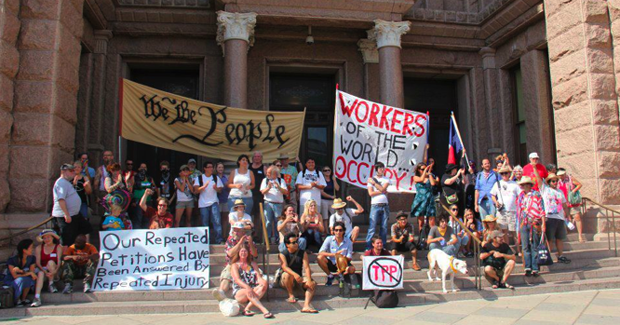 The absolute kick in the pants is that once the TPP is completed and voted into law through Congress, it cannot be amended.

Tell Congress to Vote NO on the Fast Track approval for the TPP! Many members of Congress haven’t even been allowed to read the fine print in the TPP!

Representatives from Monsanto and other biotech companies have been pressuring their lackeys in the Senate to co-sponsor this bill – even though there has been no public input, and much public outrage.

Leaked details from the TPP have detailed that corporations would actually be allowed to sue local governments in a secret international tribunal for passing laws like GMO-labeling or bans on genetically modified foods, or even fracking. If it hurts corporate profits – they want to take away our right to sue for damages. Companies would be able to veto any county, state or national laws in favor of their own illicit agendas – all behind closed doors.

It sounds like the Bilderberg group got together and penned their wet dream to paper. We can’t let this happen. If the TPP goes through, it would mean that the wealthiest CEOs of the world would deliberate the economic and political future of humanity – without humanity’s consent or input.

America’s citizens won’t have any protection from toxic products.

Act today to stop the insanity of the TPP. It is nothing more than global corporate dominance as we have never seen.