The Department of Business in Europe got an interesting Christmas greeting this holiday season – an enormous card with a singing Santa Clause carrying a toy sack marked with an obvious message about the unpopular Transatlantic Trade and Investment Partnership (TTIP) – #noTTIP hashtag.

If you don’t know what the TTIP is, don’t worry – many individuals aren’t yet aware. Here is a brief description:

“The Transatlantic Trade and Investment Partnership is a series of trade negotiations being carried out mostly in secret between the EU and US. As a bi-lateral trade agreement, TTIP is about reducing the regulatory barriers to trade for big business, things like food safety law, environmental legislation, banking regulations and the sovereign powers of individual nations. It is, as John Hilary, Executive Director of campaign group War on Want, said: ‘An assault on European and US societies by transnational corporations.'”

The US, EU, and Canada have been pushing both the TTIP and the Comprehensive Economic and Trade Agreement (CETA) for months now. The trade deals described within them are hotly contested as they would ignore the desires of citizens and give heed only to corporate monopolies – largely under the sway of biotech.

“Now the battle really begins. The rejection of the ECI only confirms the Commission’s strategy to exclude citizens and parliaments from the TTIP and CETA negotiations. Instead of paying attention to citizens, it is just lobbyists that are being listened to.”

Related: Learn About the Toxic TPP and TTIP

If TTIP were to pass it would set up a parallel justice system that circumvents our ability to sue companies like Monsanto for damages. That means that payouts like the $93 million settlement awarded to citizens of Nitro, West Virgina due to Monsanto’s poisoning of the entire town, would be eradicated. It means that if Bayer or Syngenta wipes out the entire food supply of a country with its biotech trade, the citizens would become voiceless and powerless to do anything about it.

“Over a million people across Europe signed the petition calling for TTIP and CETA to be scrapped in the space of just two months. Originally the petition had been intended to be a European Citizen’s Initiative (ECI), which would have legally forced the European Commission to reconsider its position on the trade deals. However in September the Commission prevented the ECI from going ahead. The Stop TTIP coalition launched a court case against the Commission’s over decision at the European Court of Justice in November.” 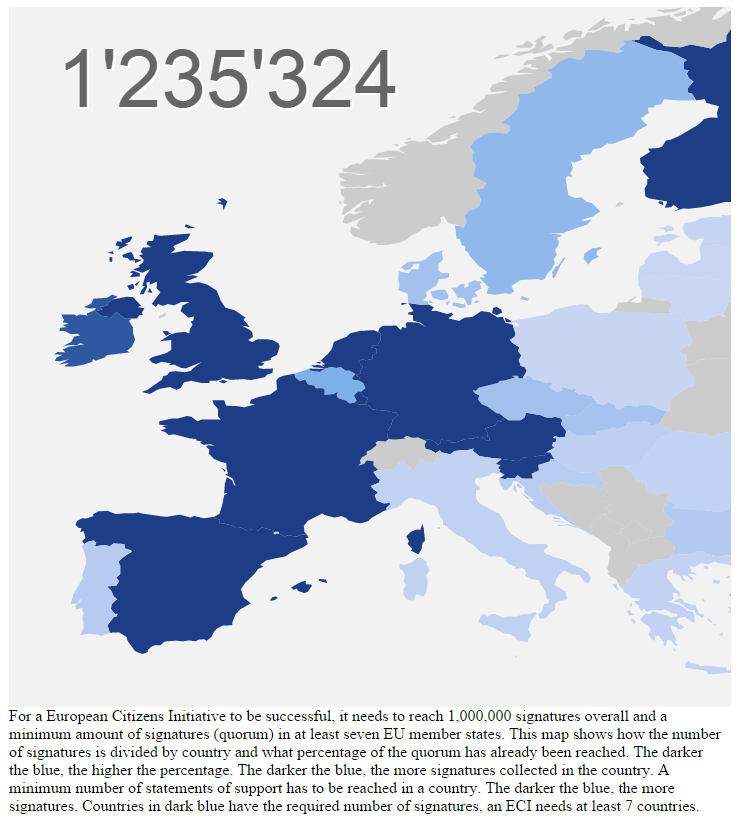 Check here for the interactive map.

These sinister trade deals can still be stopped, but we can’t sit by idly as Monsanto and other corporate interests push their agenda on the world. If you’re a European citizen, you can sign the ‘stop the TTIP’ petition here. National and regional parliaments are starting to stand up with our collective outcry. Don’t give up yet! By next Christmas the TTIP could be relegated to a bad dream left unrealized.