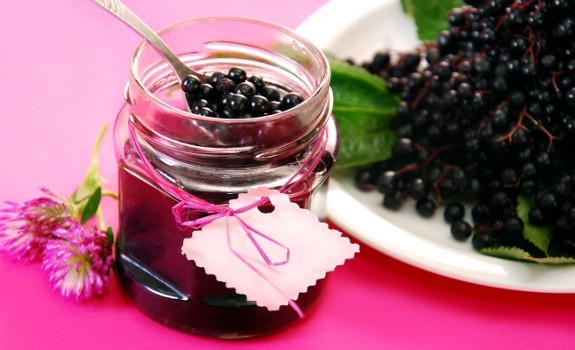 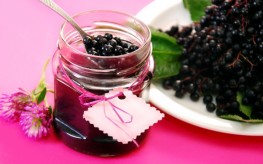 The best defense against any illness is a healthy and strong immune system, and one of the best routes for a healthy, strong immune system is a healthful diet. But occasionally, bacteria or a virus do pierce through your armor, and sickness is the result. Thankfully, there are tons of different natural solutions for both preventing and remedying sickness. You probably know a bunch already, but here’s another natural cold and flu treatment you can add to the list – black elderberry.

Protecting Against a Cold or Flu with Black Elderberry

Black elderberry has been used in folk medicine for centuries. The bush is found in Europe and North America, where it is considered an “elder” plant in Native American healing. It’s been used by native tribes and Europeans as an immune booster and general tonic throughout the ages, while also being served as a food source in wines and syrup.

Rich in antioxidants, black elderberry contains quercetin, rutin, and anthocyanins—all of which help to protect the cells against damage and illness. The berries and flowers both have antiviral and antimicrobial properties, making them great healers.

The results of one study read:

“For the first time, it was shown that a standardized elderberry liquid extract possesses antimicrobial activity against both Gram-positive bacteria of Streptococcus pyogenes and group C and G Streptococci, and the Gram-negative bacterium Branhamella catarrhalis in liquid cultures. The liquid extract also displays an inhibitory effect on the propagation of human pathogenic influenza viruses.”

In flu treatment, according to researchers with the Department of Virology at Hebrew University-Hadassah Medical School, the berries are said to be particularly useful. According to their paper,

“Symptoms were relieved on average 4 days earlier and use of rescue medication was significantly less in those receiving elderberry extract compared with placebo. Elderberry extract seems to offer an efficient, safe and cost-effective treatment for influenza. “

It has even been suggested that black elderberry could kill the H1N1 virus.

Researchers with Hadassah University said the berries work on a cellular level to protect cells against inflammation and bolster the immune system.

“Sambucol might therefore be beneficial to the immune system activation and in the inflammatory process in healthy individuals or in patients with various diseases. Sambucol could also have an immunoprotective or immunostimulatory effect when administered to cancer or AIDS patients, in conjunction with chemotherapeutic or other treatments.”

Black elderberry is available in supplement form. If you find the bush growing wild, do not eat the berries raw, as they may be poisonous unless cooked.

One response to “Black Elderberry: Natural Cold and Flu Treatment”