What is happening in the bodies of these kids?

According to the study published in the Journal of the Academy of Nutrition and Dietetics, in 1999, only 8.7% of children reported consuming artificial sweeteners, but that number had jumped to 25.1% by 2012.

“The findings are important, especially for children, because some studies suggest a link between low-calorie sweeteners and obesity, diabetes and other health issues.” [1]

For the study, researchers looked at data on some 17,000 adult men, women, and children that came from the National Health and Nutrition Evaluation Survey (NHANES) from 2009-2012, and compared their analysis to a previous study that used data from 1999-2008. Of the data, researchers specifically reviewed results from the 2 dietary interviews in which people reported what they ate or drank during the 24-hour period prior.

Furthermore, the study showed that children as young as 2 had consumed artificial sweeteners in foods and beverages, representing 1 in 4 children involved. 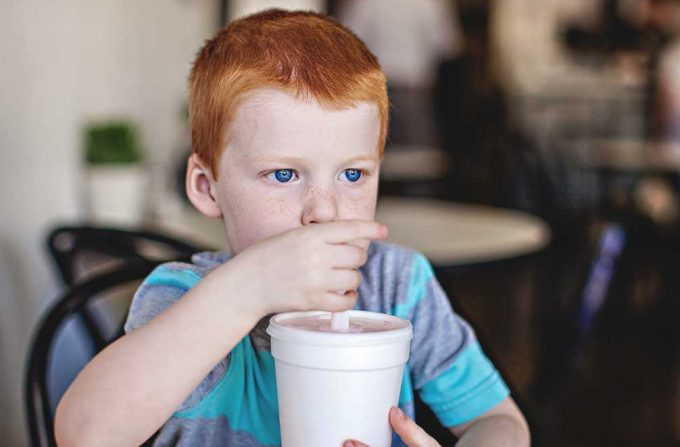 The study authors point to obesity-prevention campaigns aimed at reducing sugar intake, increased availability of artificial sweeteners, increasingly inexpensive products, and/or increased prevalence of Type 2 diabetes as the reason for the sharp increase in low-calorie sweetener use. [2]

“While we anticipated an increase, the magnitude of the increase was much larger than we had anticipated, particularly in kids.
It is not surprising that low-calorie sweetener consumption continues to increase, though. … There has been a lot of pressure put on the food and beverage industry to reformulate, which has led to more lower-sugar, low-calorie sweetener containing products appearing on the market.” [3]

Rachel Hicks, a spokeswoman for the American Beverage Association, said in a statement:

“Decades of scientific research, as well as regulatory agencies around the globe, have repeatedly reaffirmed the safety of low- and no-calorie sweeteners as part of the diet. And the science is clear that because they have few, if any, calories these sweeteners can be an effective tool for weight loss or as part of a weight management plan.” 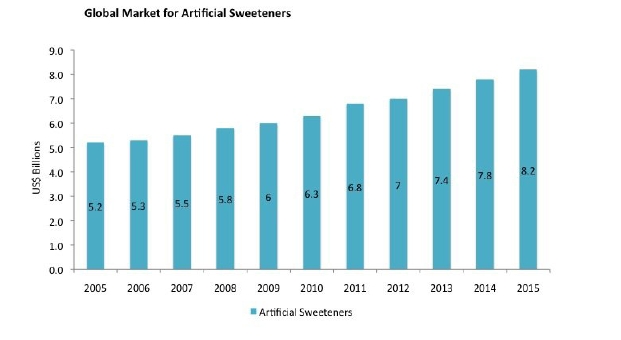 Do Artificial Sweeteners Provide Any Benefit?

However, another study published in PLOS Medicine suggests there is a lack of evidence to support the role of artificial sweeteners in preventing weight gain.

Sylvetsky said that it’s not clear “how low-calorie sweeteners may influence appetite, weight management, and risk of chronic diseases such as diabetes,” though the products are believed to be safe in toxicology.

Are they really safe, though?

In recent years, research has emerged showing that some of the most popular low-calorie sweeteners may cause negative health effects. For example, an 11-year study showed that consuming 2 or more diet drinks is associated with a 2-fold increased risk of kidney function decline in women.

A study published in the American Journal of Clinical Nutrition revealed that, despite safety reports of aspartame, the sweetener is still associated with health concerns such as non-Hodgkin lymphoma, multiple myelomas, and leukemia, though the researchers admitted that “cancer risk in individuals who consume regular soda do not permit the ruling out of chance as an explanation.”

Splenda, or sucralose, has become a popular alternative to aspartame and saccharine because it is made from sugar. However, a 2013 study showed that sucralose caused cancerous tumors in mice. The researchers behind that study also acknowledged that sucralose is able to alter gut microbes.

If you absolutely need to sweeten a food or drink, use organic, “raw” sugar.