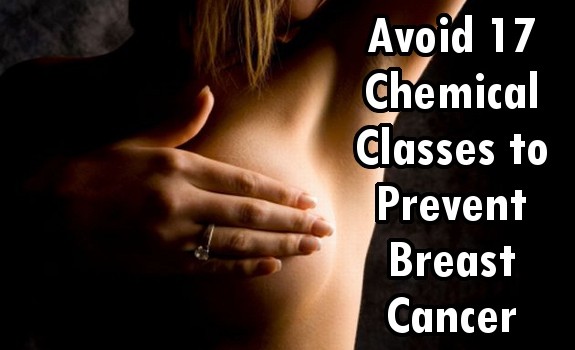 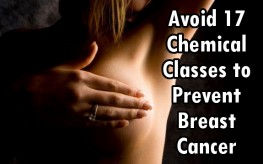 We are exposed to pollutants and toxins every day. From traffic exhaust to household cleansers, many of these toxins have been linked to breast cancer, and many other cancer, in animal testing. Well, a new study analyzing this research says many of the same chemicals known to cause breast cancer in lab rats can do the same in women, and that women can protect themselves and lower their risks by limiting such exposure.

The study, published in Environmental Health Perspectives (and available here), identifies 17 specific classes of chemicals that women should avoid. These includes things found in flame retardants, gasoline, diesel, paint removers, and even in drinking water.

“The study provides a road map for breast cancer prevention by identifying high-priority chemicals that women are most commonly exposed to and demonstrates how to measure exposure,” said study author Ruthann Rudel, according to NY Daily News. “This information will guide efforts to reduce exposure to chemicals linked to breast cancer, and help researchers study how women are being affected.”

NaturalNews reports this is the “first comprehensive listing of potential breast carcinogens” that includes suggestions for reducing exposure.

Among those suggestions are:

Read: Beating Cancer with Nutrition – The Power of Turmeric

“Results: Exposure biomarkers have been developed for nearly three-quarters of these rodent mammary carcinogens. Methods have been published for 73 of the chemicals. Some of the others could be measured with modified versions of existing methods for related chemicals. Exposure to 62 has been measured in humans, 45 in a non-occupationally exposed population. US CDC has measured 23 in the US population. Seventy-five of the rodent mammary carcinogens fall into 17 groups, based on exposure potential, carcinogenicity, and structural similarity. Carcinogenicity in humans and rodents is generally consistent, although comparisons are limited because few agents have been studied in humans. We identified 44 cohort studies that have recorded breast cancer incidence and stored biological samples, with a total of over 3.5 million enrolled women.”

The research suggests that because these chemicals were found to be carcinogenic in rats, that similar risks could be seen in women. Rats are used in cancer studies precisely because their carcinogenicity is similar to ours.

“Every woman in America has been exposed to chemicals that may increase her risk of getting breast cancer,” said study co-author Julia Brody. “Unfortunately, the link between toxic chemicals and breast cancer has largely been ignored. Reducing chemical exposures could save many, many women’s lives.”