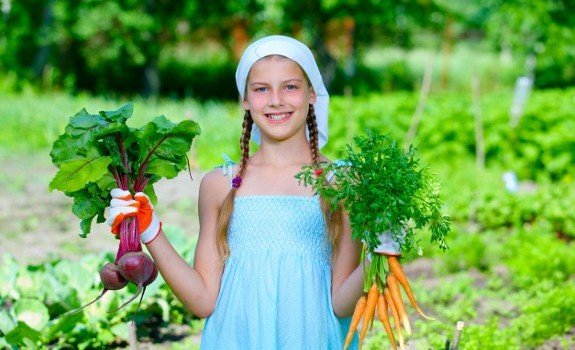 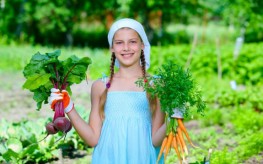 Some schools leave an open door for the likes of Monsanto to creep in, infesting young minds with propaganda lies like ‘GM is needed to feed the world.’ Other schools take their classrooms outdoors, learning about vermiculture, organic growing techniques, the importance of soil health, and the damage that pesticides and herbicides do to humans and animals.

As Americans face epidemic-level obesity and diabetes rates among school-aged children, it is clear that biotech has failed not only to feed the world, but to nourish it. The re-education of our youth about the importance of sustainable food is paramount, and some schools are taking on that challenge. Local food movements often begin with the youth in an urban city or a suburban town. These schools are helping to make that happen:

Take Edible Schoolyard, founded by Alice Waters, for example. She takes her organic experience from Berkeley, CA farms and restaurants and brings it to schools where children learn about all aspects of growing organic food – from planting seeds to cooking it and serving it to their families. If this sounds delectable, you can search for one of her programs, here. They are all over the world.

Then, there’s Sprouts Camp, where high school students can intern and learn organic farming and gardening practices. These teens then pass on their knowledge to younger students. Sprouts Camp is located on 11.5 acres and has been certified organic by the Montana Department of Agriculture.

It is owned by Laura Garber and her husband Henry Wuensche. They are passionate about sharing agricultural knowledge and passing on a strong work ethic to area youth. This is their third year of offering summer camps and teaching kids about sustainable agriculture.

“We are trying to be educational and kid-friendly and appeal to kids and teach them where food comes from,” said Wuensche.

The Farm School is really getting the next generation going. To get there, you drive on increasingly narrow, winding, and erratically paved roads through the Berkshire Mountains of Western Massachusetts until the only signs are historical markers for battles that old Yankees fought against the British or Native Americans.

But Emily DeFeo knows exactly where The Farm School is. “Over the rainbow,” she says. De Feo is one of 14 students who get the luxury of living on a 183-acre organic farm and learning all the nuts and bolts about how sustainable goodness is grown. She won’t just learn how to compost kitchen scraps, but she’ll also learn how to handle tools, and even pregnant cows.

In Hawaii, the youth of Ma’O Organic Farm are reversing the process of the colonization of their islands, giving indigenous people their water, land, and ancient organic and sustainable growing practices back. Mala ‘Ai ‘Opio (“youth food garden” in Hawaiian, MA‘O for short) is a 5-acre farm in Lualualei Valley, the largest valley on the Western coast of O‘ahu, Hawai‘I, near the town of Wai‘anae. 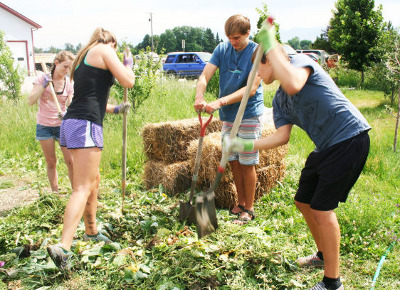 Wai’anae once thrived as a coastal town, but is over-run with poverty as Hawaiians were forced from their culture and self-sufficiency by political undermining. It is also part of the valley that was used for army target practice for decades. The youth involved in this program help to reverse historical ignorance and restore the ‘aina,’ or land, to its proper place as an agriculturally productive paradise.

As more young people realize the truth about monopolizing corporations like Monsanto, Dow, and Bayer, they are impassioned to make a difference. The next generation gives hope where the deeds of biotech and scandalous governments leave none.