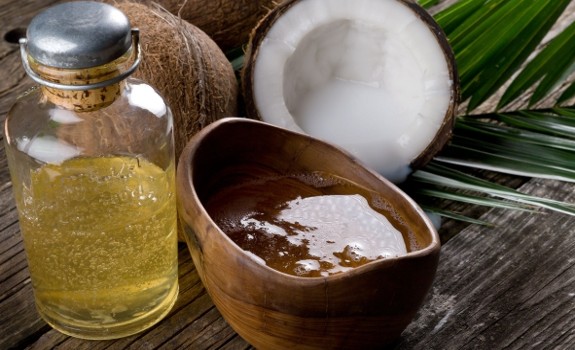 Young people may not be so worried about where their minds will be 40 or 50 years from now, but it’s extremely important to preserve brain health through diet and exercise to really enjoy life at all stages. According to current 2013 statistics, more than 5 million Americans are living with Alzheimer’s, with 1 in 3 seniors dying with Alzheimer’s or dementia. But it doesn’t have to be that way. Simple dietary changes along with some physical activity may be more than enough to prevent and even reverse these cognitive issues in many cases.

Here are 4 solutions for Alzheimer’s disease.

The connection between coconut oil and Alzheimer’s may be one of the most well known dietary connections publicized today, as coconut oil is among the most promising solutions for those suffering from Alzheimer’s. One story in particular reveals just how powerful coconut oil can be for repairing and restoring the brain. In the story, a man named Steve Newport tried numerous pharmaceutical solutions, all of which failed miserably.

Not able to remember how to draw the face of a clock or get water out of the refrigerator, Mr. Newport was becoming more and more lost. Finally, his wife found out about some promising information. What’s known as ketones provide an alternative energy source for brain cells when they have trouble using glucose — as they do in patients with dementia. And when the body metabolizes medium-chain triglycerides derived from coconut oil, it forms ketones that may protect against and even reverse Alzheimer’s.

After taking coconut oil twice daily for a year, Mr. Newport’s dementia had reversed itself.

While this treatment may seem far-fetched, marijuana has actually been found to outperform drugs for Alzheimer’s disease. One study from Skaggs Institute for Chemical Biology that was published in the journal Molecular Pharmacology, found that the  psychoactive component of marijuana, tetrahydrocannabinol (THC), both “competitively inhibits the enzyme acetylcholinesterase (AChE) as well as prevents AChE-induced amyloid β-peptide (Aβ) aggregation”. In plain English, cannabinoid molecules found in cannabis could halt the progression of Alzheimer’s disease and prevent plaque buildup in the brain.

“Compared to currently approved drugs prescribed for the treatment of Alzheimer’s disease, THC is a considerably superior inhibitor of Aβ aggregation, and this study provides a previously unrecognized molecular mechanism through which cannabinoid molecules may directly impact the progression of this debilitating disease,” says study author Lisa M. Eubanks”.

A paper published earlier this year in the Journal of Alzheimer’s Disease demonstrated that higher plasma caffeine levels were associated with a reduced or delayed onset of dementia in 124 individuals, aged 65-88 years. This is presumed to be indicative of coffee intake. The study abstract concludes with:

“This case-control study provides the first direct evidence that caffeine/coffee intake is associated with a reduced risk of dementia or delayed onset, particularly for those who already have MCI.”

In one study from Tel Aviv University, cinnamon bark was shown to inhibit the compounds found in the plaque formations of Alzheimer’s patient’s’ brains. These filaments are actually “disassembled and eliminated” when cinnamon is taken with food or as a supplement.

For the study, scientists extracted a compound in cinnamon called CEppt and mixed it into the drinking water for mice and flies. Both the mice and flies were genetically forced to experience Alzheimer’s symptoms. After four months, the scientists found that the disease slowed in progression and the animals experienced almost normal longevity and activity.

And this isn’t the first study to look at cinnamon’s effects on the brain. A study from Wheeling Jesuit University found that the scent and flavor of cinnamon affected attention, memory, and other intellectual qualities nearly instantly.