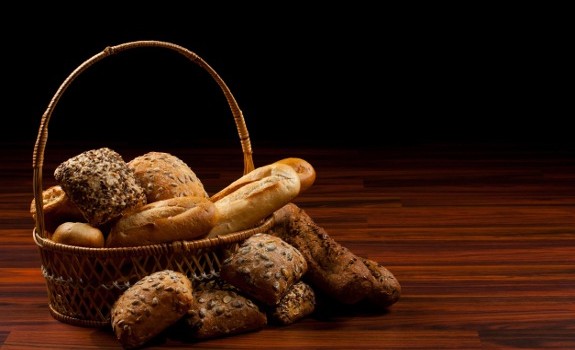 For all you gluten-intolerant folks out there, I apologize in advance, because this whole article is on bread. Though I try to eat organic wheat, barley, spelt, and other grains in my bread, instead of genetically altered and highly processed ‘wheat’ bread that is really nothing more than the wheat shaft stripped of all its nutrition, I LOVE warm bread straight from an oven. Though you won’t always be able to make your own for convenience’ sake, baking bread yourself instead of buying it at a supermarket might be more appealing to you after you read some of the ‘interesting’ ingredients that end up in your favorite store-bought loaves.

Many packaged breads and baked goods you see at your grocery store look appetizing. They may even have labels on them that say ‘all natural, ’ or the brand name itself will deceive you by adulterating the name of Mother Nature, calling themselves ‘Nature’s Best’ or something of that ilk. But, guess again – I’m sure Mother Nature didn’t intend for the following 3 ingredients to be in something you dine on regularly:

This is a non-essential amino acid that the food manufacturing business uses to change the texture of breads and baked goods. It is processed from dissolved human hair (from China usually), duck feathers, or hog hair. What’s more, food makers are turning away from a vegetable-derived L-cysteine made in a fermentation process to duck feathers, human hair, and hog feathers more often because they can’t appeal to customers wanting ‘non-synthetic’ ingredients – or so they claim.

The last time I found a hair in my food at a restaurant I sent my food back. Wouldn’t you send back your packaged breads if you knew they contained this ingredient?

Food manufacturer’s love to use this ingredient in our foods – because it is addictive, really easy to hide in breads and baked good, and because HFCS is easier to transport and more economical in countries where the price of sugar are twice the global price, such as the United States and Canada. The syrup can be 20 to 70 percent less expensive than sugar. Cheap for food makers, toxic to consumers.

High fructose corn syrup is linked to a higher incidence of Diabetes type II and obesity, with researchers at University of Oxford and The University of California (USC) linking 20% more of populations in any country that uses HFCS with Diabetes. One study performed by Princeton found that high-fructose corn syrup ingestion in rats prompted considerably more weight gain than table sugar — even when caloric intake was the same – and guess what – obese people eat more HFCS, just what Big Food manufacturer’s want.

It can even alter the human metabolism almost permanently, causing someone who normally easily maintains a healthy body weight to become overweight quite easily. In another study, presented by Natural Society’s Anthony Gucciardi, he describes how much of the commercial HFCS contains mercury.

Had some respiratory issues lately? How about asthma or skin irritations you can’t explain?  Well, Azodicarbonamide, found in many breads sold in grocery stores (some made by very trusted brands), is a toxic chemical that Subway was petitioned into removing from their breads because it shows up in yoga mats and other plastics.

The Center for Science in the Public Interest explains that when ADA is baked, it undergoes changes that could make it even more dangerous. When baked, ADA forms semicarbazide and urethane—both of which have been linked to cancer in mice.

Now compare these toxic ingredients, along with GMO corn and soy, GMO sugar beets, as well as chemically based colors with other additives that are meant to keep your bread from being hard as a rock after it has been sitting on the grocery store shelf for a few days, with the ingredient list of most homemade breads:

Many breads don’t take any time at all to prepare, even if they are yeast-based and have to rise. You could whip up a batch of bread dough and let it rise while preparing dinner or having some family quality time, and pop it in the oven a few hours later to enjoy fresh, non-GMO, non-toxic goodness in as little as 20 minutes.

Or, of course you can keep eating the list of ingredients above, or pay the high cost of many organic and truly healthful breads. Some sell for as much as $10 a loaf, while those made at home can cost as little as $1 a loaf – and they sure taste a whole lot better.

Even if you’ve never baked your own homemade bread, you can start with one of these three simple beginner recipes. You could even bake these breads with your four-year-old – it is that easy. For bread-making connoisseurs, try these elaborate braided breads, or these healthful vegetable bread recipes, made with everything from delicious Kalamata olives, to pumpkin, carrots, cinnamon, garlic, cloves, or zucchini, among other delectable ingredients.