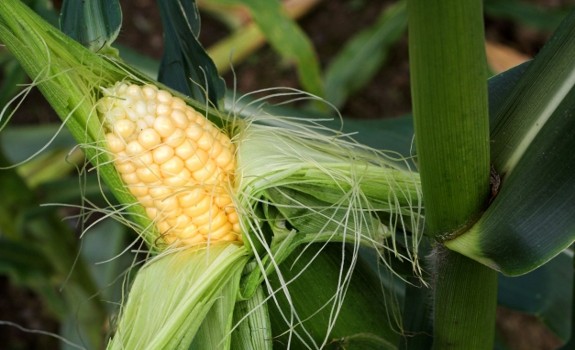 Presence of Corn and How There is So Much of It

Not many individuals would be surprised to hear that corn is the most widely planted cereal crop, with nearly 163 million hectares of land area being used for cultivation. Think the state of New York doubled in size for dedication to corn. And what do these corn fields output? 316 million metric tons were produced between 2011 and 2012 – nearly 6x that of wheat and 20x that of cotton.

Frighteningly, much of this corn isn’t even made to eat, as it actually isn’t edible. The commodity is often produced with government backing for one primary reason – to be processed. The corn is simply a raw material meant to be transformed into the harmful ingredients we’ve come to consume so often today. It requires 3.2 pounds of corn to create 1 pound of high-fructose corns syrup. So it isn’t surprising that 25 million metric tons, about 8.2%, of corn was turned into HFCS between 2011-12, yielding 8 million metric tons of HFCS.

How is corn being produced at such alarming rates? Farmers aren’t alone when it comes to producing crops like corn, wheat, and soybeans – the government plays a large role. Between 1995 and 2010, the government put out $77.1 billion in subsidies for corn to be planted and grown. With corn being only 1 of the top 9 foods the government is paying for you to eat, 20 different subsidies are offered to farmers who grow corn, including:

More on Corn in the Form of High-Fructose Corn Syrup

As mentioned, 8.2%  of corn was transformed into high-fructose corn syrup between 2011-2012, yielding 8 million metric tons of HFCS. While the food preservative is great for companies and manufacturers, consumers are suffering from the widespread consumption of the sugar alternative, Often containing mercury, HFCS has been shown to cause liver and kidney damage, decrease insulin resistance, increase blood pressure, decrease amount of blood and oxygen transferred to muscles, sabotage learning abilities, and make people fat.

And the prevalence of high-fructose corn syrup in food seems to its production rate. In fact, the ingredient is so prevalent that the average American eats approximately 35 pounds of HFCS annually. While the American Heart Association recommends a maximum of 6 teaspoons of tables sugar a day for a woman and 9 teaspoons for a man, the average American consumes 22 teaspoons of sugar a day – 10.4 teaspoons being comprised of HFCS. To put it in other words, 47 grams of HFCS are taken in each day on average. HFCS is commonly in:

Lastly, corn is almost always genetically modified, causing concern for both human health and negative impact on the environment. More than 85% of American corn crops were genetically modified in 2009, but that number has likely increased since that time. How exactly is the genetic modification of corn causing harm?

Check out the latest created infographic below.

How Corn Syrup Made America FAT

3 responses to “Infographic: How Corn Syrup Made America FAT”