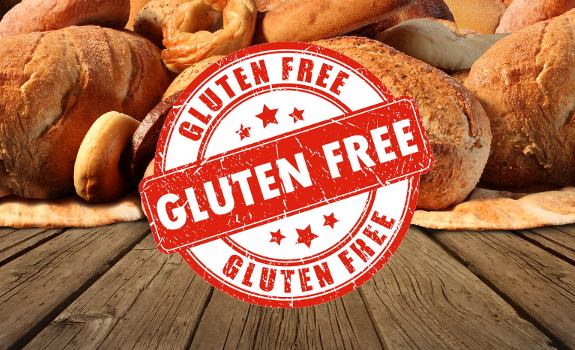 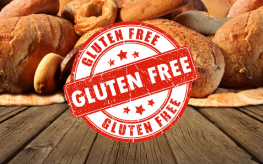 Gluten intolerance is a hot issue these days. Research estimates that over 18 million Americans now have a gluten sensitivity. These new gluten sensitivities could be due to genetic alteration of crops, and while there is no GMO-wheat, per se, GMOs and modern wheat are killing us. Wheat’s mass production turned into toxic junk food, and now the combination of the two is causing headaches, stomach ulcers, prostate cancer, IBS, bladder and pancreatic cancers, and all sorts of digestive issues for a huge portion of the population.

Celiac disease is on the rise too – also caused by eating the proteins in GMO gluten. It used to be a rare disease, and now its popping up all over the place:

“Celiac disease was rare, but it’s now more common in all age groups,” says Joseph Murray, M.D., a Mayo gastroenterologist. Although the cause is unknown, celiac disease affects about one in 100 people. What’s more, the Mayo Clinic has found a fourfold higher death risk for people with undiagnosed gluten intolerance.

The cause isn’t ‘unknown’ though, as many mainstream media outlets will purport; it is linked to GMOs and altered  wheat. Here’s why:

You’re eating pesticides, junk-wheat, and altered DNA! That’s the simple answer, but the more involved explanation is that Monsanto, Bayer and Syngenta have utterly changed the wheat we grow in America. We aren’t eating the wheat our grandparents or ancestors ate. While other countries ban GMOs, we are shoveling the stuff down our gullets with abandon.

Because of the industrial revolution and the way wheat has been processed and milled, most of us eat ‘wheat flour’ that is devoid of nutrients, and the peptides our bodies are used to.

The truth is that normal gluten is a protein made up of the peptides gliadin and glutenin. It is found in many grains such as wheat, semolina, spelt, kamut, rye, and barley. Our bodies used to know how to digest those proteins because they were made by nature – not mad scientists and greedy corporations. It’s estimated that 5% of the proteins found in hybridized wheat are new proteins that were not found in either of the original wheat plants. These “new proteins” are part of the problem that has led to increased systemic inflammation, widespread gluten intolerance, and higher rates of celiac.

The Risks of GMOs

While there are still biotech shills crowding out chat rooms, and posting on blogs, telling everyone that GMOs are safe, this is the furthest thing from correct:

It isn’t a ‘gluten’ intolerance we are developing. It is a GMO, processed food intolerance. We simply aren’t eating real food anymore.