What You Don’t Know About Coffee may Pleasantly Surprise You 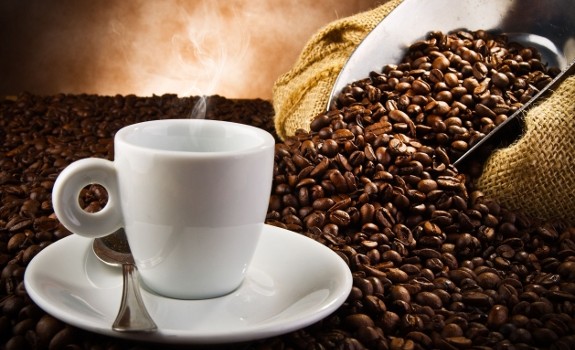 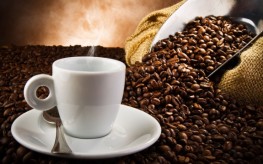 Once upon a time, quitting coffee was a prerequisite for establishing a healthy diet and adopting a healthier lifestyle. Lately, though, several recent research studies into coffee drinking have discovered that coffee health benefits are actually some you won’t want to miss. Everything in moderation.

At first, I suspected the pro-coffee studies were simply from funded front groups within various sectors of the coffee industry. But eventually I started seeing some names I trust carrying the same news.

It’s not just the caffeine, but a synergistic combination of caffeine and an unnamed natural compound that stimulates higher blood levels of GCSF (granulocyte colony stimulating factor), which protects the brain from dementia and degenerative diseases such as Alzheimer’s and Parkinson’s disease.

There also seems to be lower rates of diabetes and strokes among coffee drinkers, according to another study involving almost 35,000 women and published in the American Heart Association’s journal, Stroke.

The protections against the diseases noted in the studies were very substantial. Since coffee beans are loaded with antioxidants, coffee should ideally be consumed without dairy, sugar, or artificial sweeteners. Sweetening with Stevia would be okay. Avoid flavored coffees completely.

And forget the standard pastries and cigarettes normally associated with drinking coffee. Those could be what causes bad health more among coffee drinkers than just coffee. Organic black coffee with organic whole grain toast and organic butter and naturally sweetened jam is a good way to have your java fix without adding items that minimize or neutralize coffee’s antioxidants. And the health benefits of green coffee can be especially positive.

If you’ve never been much of a coffee drinker before, don’t seek more of the caffeine buzz for it’s health benefits. Coffee’s not for everyone. But at least, everyone who drinks coffee moderately has no need to feel guilty or beat themselves up for not being able quit.

Another interesting tidbit: the heaviest coffee consumption is commonly found in regions that are often overcast, drizzly, and dreary. The Pacific Northwest in America is a good example. It seems that coffee helps people to avoid seasonal affected disorder (SAD) or depression from gloomy overcast skies.

How to Pick Your Coffee

There are generally two basic types of beans sold widely, arabica and robusta. You’ll find Arabica beans in discriminating coffee shops and health food stores. There are different types and sources of arabica beans that offer richer flavor than robusta beans, which are usually used in less expensive coffees. Organic coffee beans are easy to find nowadays as well.

Types of roast vary from light to dark. Contrary to popular belief, dark roasted beans contain slightly less caffeine than lighter roasts. And espresso, commonly spelled incorrectly as expresso, does not depend on the level of roasting. Nor does it depend on the type of bean.

Addiction, inability to fall asleep if consumed at night, and caffeine jitters are the most obvious downsides to drinking coffee. Using decaffeinated coffee, which leaves just enough caffeine to combine with the mystery compound and antioxidants, has shown similar, albeit lesser, health benefits as regular coffee.

Just make sure it’s decaffeinated with water or steam, not chemicals. Ayurveda medical practitioners suggest a flavorful way to minimize coffee’s down-side: add a half-teaspoon of cinnamon powder with a pinch of cardamom and nutmeg powders.

Since caffeine is a diuretic, any kidney or bladder problems can be exacerbated. Another ill effect of excess coffee drinking involves the adrenal glands. When we drink coffee, the adrenal glands are stimulated to produce adrenaline. This is part of the flight or fight syndrome. It is what causes irritability, especially since it also inhibits soothing serotonin.

Still, if coffee is consumed excessively too often, one can experience adrenal fatigue, a malady that seems to be recognized by holistic or traditional medicine only. Adrenal fatigue lowers cortisol production, making it very difficult to cope with stress.

You can enjoy your java without remorse or guilt as long as the negatives don’t overwhelm the positives.