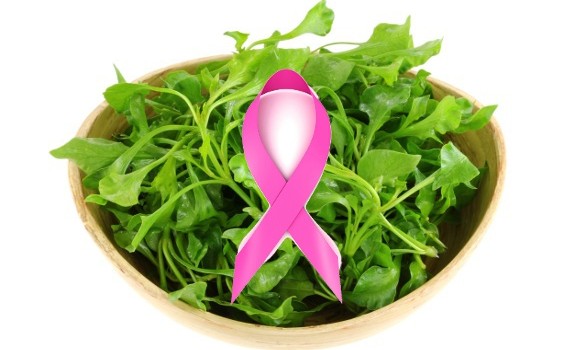 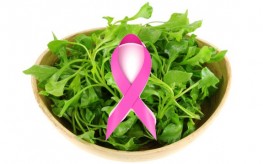 You may have never tasted watercress, but you’ve likely heard of it. It’s a peppery tasting, delicate leaf vegetable related to broccoli, kale, and collards. And like just like those other vegetables, watercress offers some amazing health benefits. One new study from the University of Southampton indicates that watercress could even be useful in the fight against breast cancer.

According to the study, published in a recent edition of the British Journal of Nutrition, a compound in the cruciferous plant could work to turn off signals in the cells that are used to facilitate cancer growth, thereby starving cancer cells to death.

When a tumor outgrows its own blood supply, it sends signals to surrounding tissues to deliver more oxygen and nutrients. Its these signals that phenylethyl isothiocyanate—the watercress compound—may actually shut off.

For the research, a small group of breast cancer survivors ate a bowl of watercress and then had their blood tested for a period of 24 hours following. The participants had a significant level of phenylethyl isothiocyanate in their blood following the meal and the signaling function was “measurably affected.”

According to the study’s abstract:

“Although further investigations with larger numbers of participants are required to confirm these findings, this pilot study suggests that flow cytometry may be a suitable approach to measure changes in 4E-BP1 phosphorylation following the ingestion of watercress, and that dietary intake of watercress may be sufficient to modulate this potential anti-cancer pathway.”

The research is promising, and when paired with research on the benefits of other cruciferous vegetables, we may have identified the family of vegetables that can successfully combat cancer.

Broccoli, related to watercress and a nutrition powerhouse in its own right, contains several compounds that may be effective in fighting cancer. One of the well-researched compounds, sulforaphane, has been found to not only suppress the growth of tumors, but also stop the spread and even the onset of cancer. Indole-3-carbinol, another broccoli compound, has been found to destroy cancer-related molecule known as Cdc25A and to reduce tumor size substantially.

Cruciferous vegetables have many health benefits and are easy to come by. While more research may be needed to determine how they are able to fight cancer, there’s no reason we can’t start reaping the benefits now.