Video: How McDonald’s McRib is Really Made (Get Ready)

Would You Eat it Now? 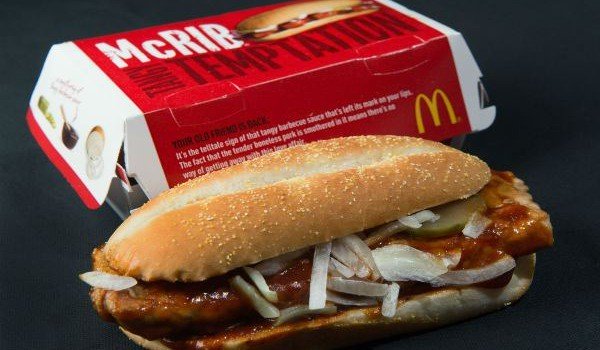 McDonald’s has recently rolled out with a new transparency ad campaign in order to sway the public into believing that fast food simply isn’t all bad, though I’m not sure how effective the campaign will be. One of their numerous recently released videos focuses on how the seasonal, popular food item, the McRib, is actually made.

In the propaganda video piece from McDonald’s, they take the viewer through a factory where the McRib meat is made. The process isn’t as appealing as McDonald’s makes it out to be. Although they use actual pork, the pork isn’t the only thing being served up on your plate. In the factory, the meat is mixed with salt, water, dextrose and three preservatives: butylated hydroxyanisole (BHA), and propyl gallate and citric acid.

What McDonald’s doesn’t tell you in the video is that these preservatives are less than safe, and are likely doing some bodily harm. BHA, for example, may cause endocrine disruption, organ system toxicity, allergies, and cancer – all concerns leading the National Institutes of Health to say BHA is ‘reasonably anticipated to be a human carcinogen.’ The FDA, on the other hand, deems it safe.

The preservative propyl gallate has been shown to cause allergic reactions and may also be carcinogenic.

Check out the infographic below to learn even more about the McRib – things McDonald’s would never make transparent. 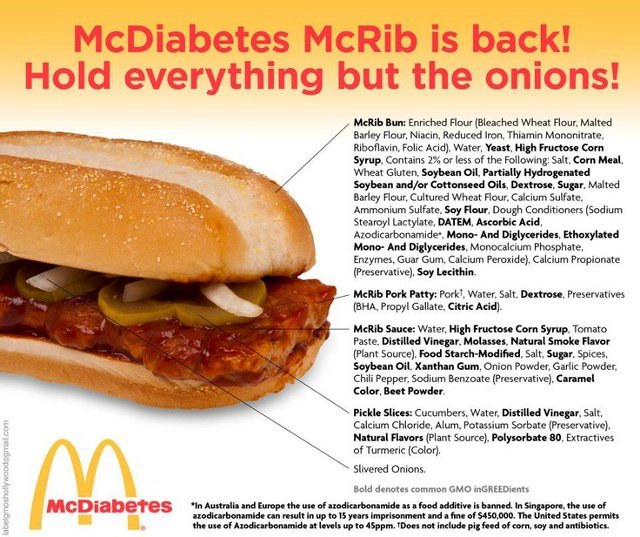 Let’s face it, although McDonald’s will win over some people with their campaign, I think anyone can see that the company is being less than transparent. Transparency isn’t the only step McDonald’s needs to take. The company may be able to debunk ‘pink goop’-like myths, but its answers to the numerous questions people have simply aren’t all that appealing.

I’m not sure McDonald’s will ever be able to truly recover from countless individuals exposing how unhealthy its food really is. Activists have been exposing McDonald’s for what it really is for years; just last year NaturalSociety’s Anthony Gucciardi made a video showing just how unappetizing the food is in person, which was featured on the DailyMail.

If McDonald’s is committing to transparency, perhaps it should reveal the conditions under which the pigs live and are slaughtered. Maybe McDonald’s should reveal how ingredients used in it’s food are harmful.

One response to “Video: How McDonald’s McRib is Really Made (Get Ready)”