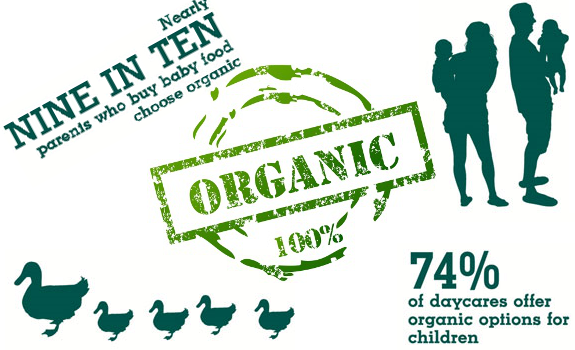 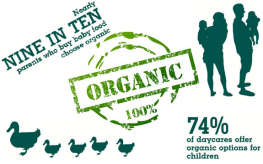 The number of people actively seeking out non-genetically modified foods is higher than ever. A new report from the Organic Trade Association (OTA) says bypassing GMOs is the number one motivating factor when it comes to Americans seeking out and purchasing organic foods. And as aversion to GMO foods grow, organics are growing in popularity.

The paper, U.S. Families’ Organic Attitudes and Beliefs 2014 Tracking Study, surveyed more than 1,200 households across the country, all with at least one child. Among their findings was that avoiding genetically modified foods is a top concern for parents.

“Each year we see an increase in parents’ self-described knowledge of organic topics,” said OTA CEO and Executive Director Laura Batcha. “Parents have become more informed about the benefits of organic, and they have also become more aware of the questions surrounding GMOs. That heightened awareness is being reflected in their buying decisions.”

About 25 percent of those surveyed said that avoiding GMO foods is one of their top reasons for purchasing organics. This is higher than the last four years that the survey has been taken. In 2013, it was only 16 percent. Between the two years, avoiding GMOs experienced the greatest growth among the other reasons for buying organic.

Interestingly, 7 in 10 parents say they are “extremely informed” or “know quite a bit” about organics. An overwhelming 73 percent says they know what GMO stands for and almost 70 percent said they look for labels that indicate non-GMO foods. Taking into account other surveys and the general population’s knowledge on genetically modified organisms, these numbers do seem a bit high.

Additionally, OTA points out that not all parents may be as informed as they think. A USDA organic product, with the seal affixed, will be non-GMO. But, products labeled as being GMO-free and without the USDA organics label, may not always be organic.

It’s understandable how consumers can be confused in this age of mass information.

Recently, I reported on a study that found there is significant confusion over terms like local and organic, where consumers sometimes assume that if something is grown locally, it is an organic product, which is not at all the case.

For consumers interested in eating healthful foods – natural foods free of toxins and genetic manipulation –  being informed is key. Read up on the food brands you love and double-check websites for information on what’s inside. And don’t be afraid to ask questions.

One thing is for sure: with the information on potential (and real) dangers of GMOs and pesticides spreading like wild fire, many companies are opting to either steer clear of GMOs or at least include a label indicating the product is made with GMO ingredients. With any luck, we will have GMO labels on all foods in the future.