Is Local Food Organic Food? Many People Get it Wrong 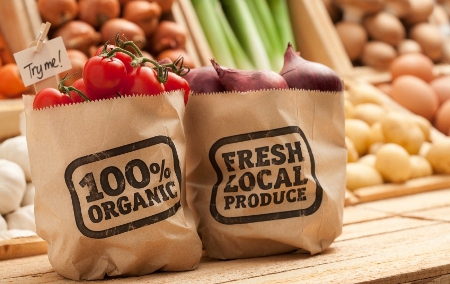 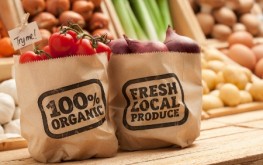 Food consumers across North America seem to be getting more in tune with where their meals come from and what is used in their production. Most people delving into the ‘natural world’ have heard of the GMO battle lines, the benefits of eating organic, and the resurgence of small local farmers selling their wares in markets. But that doesn’t mean everyone has their facts straight. A new study indicates confusion over labels like “local” and “organic”, basic terms used in everyday conversations about health and food.

According to the study “U.S. and Canadian Consumer Perception of Local and Organic Terminology,” 17% of more than 2,500 American surveyed believed the terms “local” and “organic” could be used interchangeably, that they indicated the same thing when used to identify foods.

This is troubling for many reasons. But first, some clarification:

Organic refers to how food (or ingredients) are grown. If a food is certified organic by the USDA, it has been grown without synthetic pesticides and should be free of genetically modified ingredients. The organic label has nothing to do with how far the food traveled to get to your plate, however. Check out this post to read more about the organic label.

Local foods are those that are grown in your geographic area. There are no regulations on who can use a “local” label, no maximum number of miles a piece of produce can travel in order to carry the term. On average food travels 1500 miles before being eaten. Generally, local foods are produced by local farmers, some of which may be organic and some of which may use more than their share of pesticides. Futher, local says nothing about the inclusion of genetically modified components.

“If consumers can distinguish between local and organic, then by buying organic, they will be able to reduce their exposure to synthetic pesticides,” explains lead researcher Hayk Khachatryan of the University of Florida. “However, there is no guarantee that organic is grown locally. Before reaching the consumer, organic produce may travel long distances, which involves some level of environmental footprint.”

In addition to thinking local and organic were interchangeable, 22% of the survey respondents believed local foods were non-GMO foods, a major misconception for those wanting to steer clear of genetically modified foods.

If you are under the assumption that foods marketed as “local” are organic and non-GMO, you are likely consuming pesticide-laden and genetically-modified foods unknowingly.

Buying local has its own benefits above and beyond the organic foods in your grocery store, however. You are supporting the local economy and farmers in your area who may not be operating on a huge scale. Further, your foods will simply taste better when they are closer to harvest date and location.

To get around the confusion: buy local, but ask whether the foods are organic.

Many local farmers, selling their wares at farmer’s markets do grow organic crops, but can’t afford to jump through the hoops required for the USDA’s organics label. Talk to them about their farming practices, their pesticide use, and whether or not they use genetically modified seeds. Most will be more than willing to help you be an informed shopper.

4 responses to “Is Local Food Organic Food? Many People Get it Wrong”