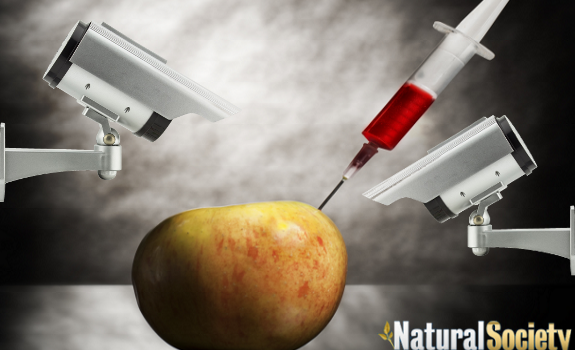 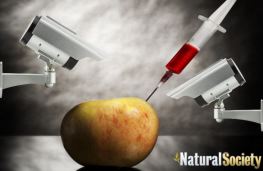 The mainstream media (MSM) usually lamely refers to GMO issues as an undecided debate or controversy, depicting anti-GMO people as “emotional” and “unreasonable” while claiming genetic engineering is more “scientific”. But the only “science” the MSM is exposed to are press releases from the bio-tech industry. The fact is, numerous studies point to GMO dangers, and hundreds of scientists are beginning to publicly speak out against GMOs at large.

Seralini’s two year trial was trashed by the biotech industry sycophants as unscientific, and the MSM accepted that trash without question. Those so called journalists never bothered to check the facts. The rats Seralini used were the same types used by Monsanto for their study to gain approval for their GMO corn.

But the Monsanto “approved” report was based on a three month study. Even without disclosing adverse effects, which is common with studies from industry funded research. The Monsanto trial was obviously too short.

Seralini’s was more appropriate for long term effects, and he added low glyphosate doses measured as equivalent to byproduct consumption of Monsato’s GMO corn. I don’t think Monsanto even included an animal testing for glyphosate.

The good news is Seralini’s study has been validated by the European Food Safety Authority (EFSA). Did that get covered by MSM or lamestream media? They probably don’t even know about it, and if they do, they won’t report on it. But here it is for you perusal.

But even before this controversy, scientists who know genes and microbiology, but weren’t bought and funded by Monsanto and their ilk, were expressing grave concerns about the promoter gene used for GMO products.

In November 2009, The Organic & Non-GMO Report (online) interviewed Agro-ecologist Don Lotter, Ph.D, about his paper, “The Genetic Engineering of Food and the Failure of Science”, published in the 2009 edition of the International Journal of Sociology of Agriculture and Food.

Despite knowing how this paper might affect his career as a university researcher and professor, Lotter revealed more than the flawed scientific background of bio-technology arrogance. He also revealed a smoking gun that would ruin our health.

“The promoter gene used in genetically engineered crops, the cauliflower mosaic virus, is a powerful promoter of inter-species gene exchange. Scientists thought it would be denatured in our digestive system, but it’s not. It has been shown to promote the transfer of transgenes from GM foods to the bacteria within our digestive system, which are responsible for 80% of our immune system function. ” (Emphasis added)

Lotter added there are even worse concerns about this promoter gene, the cauliflower mosaic virus or CaMV-35S. The CaMV-35S used for plant genetic engineering is cited by most independent scientists as a source of viral recombination as well as a gene silencer and DNA disruptor.

In other words, it could spread viral disease and genetic havoc “horizontally” across plant, animal, and human life while simultaneously suppressing our immune systems. Other independent scientists have corroborated Don Lotter’s assessment of CaMV-35S promoter gene dangers.

There are numerous other studies available showcasing the negative effects and dangers of GMOs. You can’t rely on the words coming from the MSM or Big Ag.