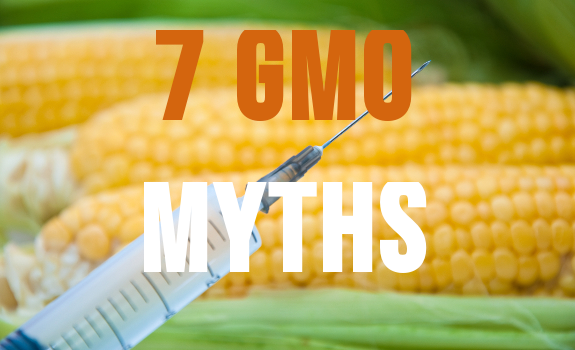 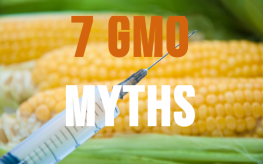 With all the controversy circling in the mainstream media about the necessity of GMO farming due to world population explosions and a diminishing global food supply, it is time to debunk some of the biggest myths about GMO foods. Don’t be fooled by the propaganda being fed to you by Monsanto and other corporate industrialists who want to keep you on their fishing line with lies about the ‘importance’ of genetic modification. Natural Society is here to bust the myths with solid proof:

1. GMO seeds are sterile. FALSE. However, GMO seeds have been called suicide seeds or terminator seeds because they have an approximate termination date so that farmers have to keep purchasing new seed from the companies that make them, like Monsanto. This, in turn, allows those companies to maintain a monopoly on the world food supply. Once all our major crops are sewn with patented seeds with specific termination dates, Monsanto and its cohorts will be able to collect royalties just like Michael Jackson’s family does on the song ‘Thriller.’

3. Monsanto can sue farmers who grow organic crops but later grow ‘contaminated’ or GMO cross-bred plants – FALSE. However, organic farmers recently lost a federal court battle with Monsanto when they tried to sue the company for contaminating their organic fields.  The U.S. Court of Appeals for the Federal Circuit affirmed a previous ruling that found ‘organic growers had no reason to try to block Monsanto from suing them as the company had pledged it would not take them to court if biotech crops accidentally mix in with organics.” This still makes Monsanto-crops a concern for farmers who don’t trust that Monsanto will be good for their word. Monsanto, is after all, suing farmers who save seed, claiming they are violating patents.

4. You can keep bio-tech seeds and organic or heirloom seeds separate. FALSE. Mother nature will always blend seed. Wind, rain, storms, bees, etc. can’t be controlled. Recently two organic farmers in Australia talked about how easily their crops were cross-contaminated with GMO seed after a big storm. The more GMO seed that is planted, the more acreage it covers, the more we need to worry about a non-GMO seed supply.

5. We need GMO seed to feed the world. FALSE. Consider this statement from 24 delegates from 18 African countries who addressed the United Nations Food and Agriculture Organization:

“We strongly object that the image of the poor and hungry from our countries is being used by giant multinational corporations to push a technology that is neither safe, environmentally friendly nor economically beneficial to us. We do not believe that such companies or gene technologies will help our farmers to produce the food that is needed in the 21st century. On the contrary, we think it will destroy the diversity, the local knowledge and the sustainable agricultural systems that our farmers have developed for millennia, and that it will thus undermine our capacity to feed ourselves.”

Also consider one March, 2012 report by Anthony Gucciardi that reveals over 900 scientists working under the United Nations were forced to admit that traditional farming actually outperformed GMO crops following their research.

6. GMO foods are good for our health. FALSE. There is so much proof in this department, it is insulting that Monsanto would tell us otherwise. The French have proven GMO causes cancer. Other scientific research proves that GMOs cause birth-defects and miscarriage. GMO corn has been linked to organ failure. The list of genetically modified foods’ damaging effects is long, and the evidence is continually mounting against it. GMO even changes our DNA via interference with our micro RNA!

Do you have other myths about GMO foods you want to debunk? Please comment on them with appropriate links below.