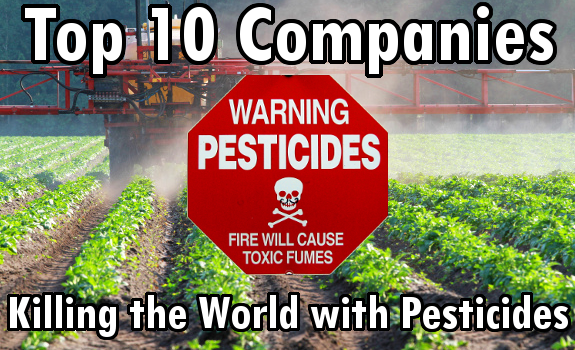 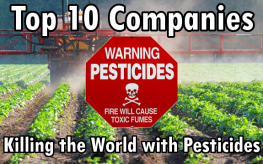 In a report released by ETC Group, the world’s six largest agrochemical manufacturers are also controlling the seed industry. According to the report, agrochemical is running the show, not by providing food to the people of the world, but by poisoning the seeds they provide with chemicals. All of these companies are also gene manipulating, GMO-giants. There is an inextricable link that cannot be ignored.

Furthermore, weed killers, like Monsanto’s RoundUp herbicide, account for one-third of the global pesticide market. About 80% of GMO seeds suck down this toxin like a crack-addict. There is no herbicide resistance in GMO plants, as we are told. There is only glyphosate and herbicide addiction. This is why Dow is making a new herbicide called Enlist Duo. It is because the pests are now becoming immune to glyphosate, and even greater toxins will have to be used to destroy the super-bugs created by these poisons.

If you’ve ever worked with heavy drug-addicted individuals, they will deny there is a problem, and seek greater and greater doses of their ‘drug’ in order to get the same high. The agroscience industry has created the same paradigm. The worldwide market for agrochemicals grows another 10% every year. It’s a 40 billion dollar/year market – to sell the world these chemicals.

Despite sky-rocketing fuel and fertilizer costs, high grain prices created soaring demand for commercial seeds and pesticides in 2007. Today’s GMO seed sales are chump change in comparison to herbicides and pesticides, but they keep a farmer addicted to the chemicals these…idiots sell. Pesticide sales are up all over the world, particularly in South America.

Furthermore, two GMO crops meant for biofuel (ethanol derived from GMO corn being the largest) boosted sales for the world’s largest pesticide companies the last few years – in large part due to the subsidy-driven boom supported by an infiltrated government.

Report from ETC Group (extracts only)