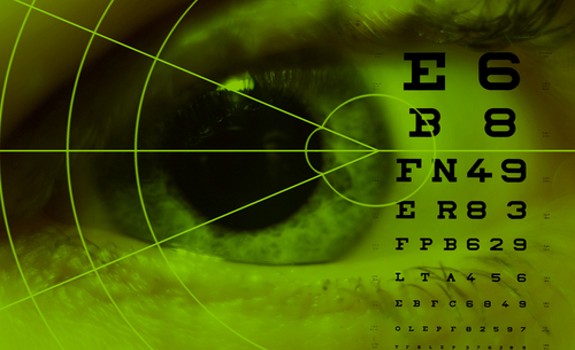 While concerned parents have often yelled at their kids in concern for sitting too close to the television for decades, they should have been telling the children to shut off the television altogether—and spend some time outdoors. It turns out that getting outside isn’t only good for exercise and boosting your mood, but it could prevent myopia or nearsightedness. In other words, sunshine may be the key to eyesight preservation.

According to research from Kathryn Rose and the University of Sydney, sunlight deficiency could be to blame for an increasing number of kids with myopia. She says studies from a variety of places, including the U.S., Singapore, and China all back this idea.

“Our hypothesis that the mechanism of the effect of light was mediated by retinal dopamine, a known inhibitor of eye growth whose release is stimulated by light, has also been supported by animal experiments. All of these studies confirm a consistent link between the time spent outdoors and the prevention of myopia, possibly crucially mediated by the at least ten-fold increase in light levels between indoor lighting and being outside. So yes, it is highly likely that there is a direct connection between time spent outside and preventing myopia.” said Dr. Rose to CNN.

She’s saying that the positive effects of sunlight in relation to myopia could simply be caused by the increased brightness. Research shows the benefits are not reduced, for example, when children wear sunglasses or live in countries with less sunshine in the winter months. But, she also notes that children in these countries are more likely to spend additional hours outdoors in the summer, balancing out the lack of winter sun.

In addition to pointing to sunlight as a good preventative factor of myopia, Dr. Rose sets something straight in regards to video game, television, and eye sight. She says that many studies have examined eyesight in relation to use of these electronics and found no association at all. (This doesn’t mean your child’s health isn’t affected by the stuff they see, merely that it might not be affecting their vision.)

Related Read: 4 Ways on How to Improve Your Eyesight

So, just how much sunlight should your child be getting?

Rose recommends at least 10 to 14 hours per week in addition to any time spent outdoors while at school. This is the level at which their studies have found a preventative effect. Lower amounts of sunlight, like 3 to 6 hours, have not shown any effect on vision.

Ten to 14 hours a week may seem like a lot to today’s modern, busy parent, but your child needs the sun for more than just their vision. Sunlight has a direct connection to vitamin D levels, mood, and even weight. And these benefits aren’t limited to children.