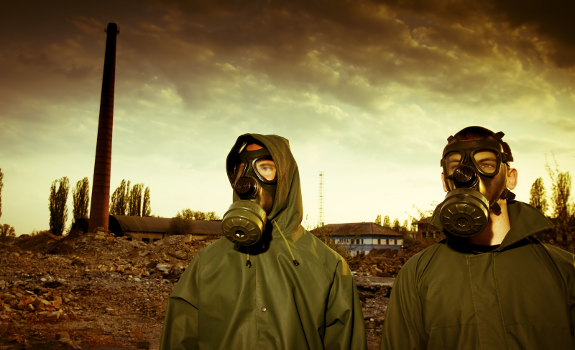 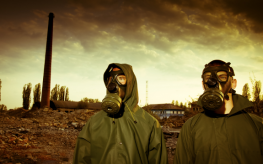 Monsanto has been in the poison game for a long time. All the propaganda in the world can’t erase the fact that they first poisoned thousand of Vietnamese, Thai, and Koreans as well as countless American soldiers with Agent Orange, who only now receive compensation for the effects of Monsanto’s bio-warfare decades later. The proof is finally so pervasive that the company can no longer just sweep away evidence of their evil-doing.

While it was our own government who did the spraying, they colluded with Monsanto, one of the nine government contractors who made the toxic combination of 2,4-D and 2,4,5-T, which came to be called Agent Orange. Many people don’t know this, but after decades of research proving that Agent Orange is lethal and tens of millions of dollars paid to victims in settlements – it is still being used in many Asian countries.

The company has switched to using it’s best-selling herbicide RoundUp predominately now, yet another innocent product constructed of poisons even the most stalwart farmer would wince at should they really understand its fallout. RoundUp is made of glyphosate, the primary active ingredient and Agent Orange of our time. Even the RoundUp label warns not to get the stuff in your eyes or on your skin, and to wear gloves when handling it – so what makes it o.k. to eat?

RoundUp “ kills weeds because glyphosate (a salt compound) inhibits enzyme pathways, preventing plants from synthesizing amino acids necessary for growth. It basically stops plants from eating, so they die.” It is probable that Monsanto and other companies who use this substance under other names besides RoundUp are now dumping more than 300 million pounds of this toxic poison into our soil annually. It’s use has at least tripled since 1990.

This calls into question some of the arguments posted by anti-labeling and pro-GMO propagandists who say that “the science isn’t conclusive that GMO herbicides are dangerous.” Meanwhile, hundreds of scientists, many being former pro-GMO, are speaking up about the ineffectiveness and potential dangers surrounding GMOs. The idea is similar to how the tobacco industry lied to citizens for decades about the ill-effects of cigarettes and how they cause lung cancer, among other problems.

This is why countless people continue to rail against Monsanto. It’s why Monsanto and their nefarious crew of poison mongers (the Grocery Manufacturer’s of America) spend millions of dollars illegally to try to defeat GMO labeling bills.

The truth is that RoundUp, in the form of glyphosate, is just another product of the military industrial complex, and an evolution of Agent Orange. If we don’t wake up and fight, en masse, then Monsanto and its government connections will completely destroy our food supply and our planet.