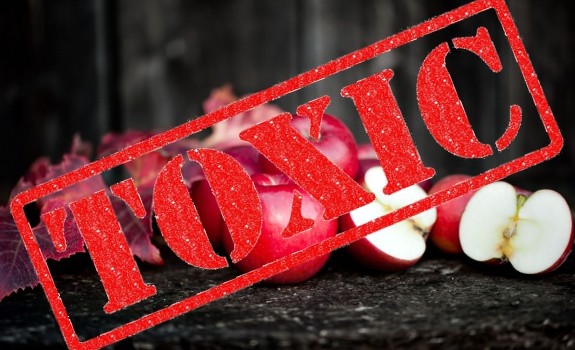 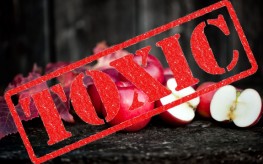 The following is not an exhaustive list, but numerous crops and baby foods were tested by a handful of agencies in a clinical setting. What was found was that processed baby foods are full of carcinogenic and poisonous pesticides. Some baby foods were found to contain high levels of more than 14 different kinds of organophosphate pesticides and herbicides.

Even if you don’t believe in eating organic yourself, do you really want to put something in to your growing child’s body that can cause cancer, leukemia, brain abnormalities or developmental delays? Even The American Academy of Pediatrics advises parents to “minimize using foods in which chemical pesticides or herbicides were used by farmers.

According to the Environmental Working Group:

“A study led by Stephen Rauch of British Columbia’s Children’s Hospital and published in the scientific journal Environmental Health Perspectives found decreases in baby birth weight and shorter pregnancy in 300 Ohio mothers who showed elevated organophosphate exposures during pregnancy. These pregnancies took place after organophosphates were restricted for most uses (Rauch 2012). The Rauch study indicates that organophosphate exposures must be further curtailed to protect children’s health.”

“Pears prepared as baby food showed significant and widespread contamination. Fully 92 percent of the pear samples tested positive for at least one pesticide residue. Some 26 percent of the samples were tainted with 5 or more pesticides. Disturbingly, the pesticide iprodione, which EPA has categorized as a probable human carcinogen, was detected on three baby food pear samples. Iprodione is not registered with EPA for use on pears.”

The FDA only very recently decided to test for pesticide levels in baby foods. “Federal testing of pesticide residue in baby food was long overdue, as infants are especially vulnerable to toxic compounds,” says Andrew Weil.

Pesticides can block the healthy nutrients and prevent your baby’s body from absorbing what they need form the foods you feed them. Instead of feeding your baby these processed foods high in pesticides, consider making your own baby food from organic produce instead, or grow your own: