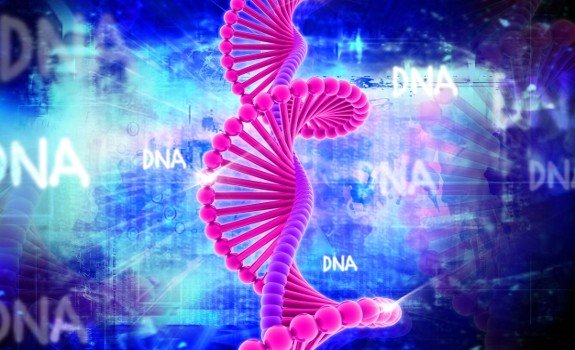 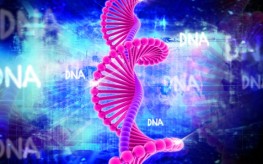 New studies in cell research are bringing up some alarming new questions concerning GMOs, and one of them in particular makes liver failure or cancer seem like child’s play compared to the garish possibilities that arise when we start to look at how genetically modified foods likely affect our DNA.

Let’s get one thing straight, first. All kinds of things can alter our DNA, for the better or worse. Bruce Lipton, a pioneering biology scientist, proved that emotions can change our DNA; research has shown that even exercise or chemotherapy can alter our DNA; ancient cultures have known that sound can affect our DNA; and the newest research states that we aren’t relegated to a specific destiny because of our genes, but it seems our brains are being rewired via DNA to become ‘new humans.’

Our DNA contains two strands of nucleotides that make up its stair-like structure. Each nucleotide contains one of four bases (adenine, thymine, guanine, cytosine) a phosphate group and a sugar molecule. The bases contain nitrogen, which bond in very specific ways. In one species the way the four bases connect to each other are very different than how they will organize in another.

In fact, double stranded RNA (dRNA) GMO created by Monsanto can allegedly turn off certain gene signals and turn on others. Usually, if you put in a Roundup ready gene into a plant, it requires a protein that can make a Roundup ready plant that can resist Roundup and still grow. However, the new dRNA can survive without protein synthesis. This allows the dRNA to alter genes.

In mice who were fed this dRNA, the liver completely changed its cell organization, and the mice grew strangely. The same effects were found when these dRNA were added to human cells. Allegedly, this GMO food can be turning on cancer causing genes, or quiet our immune systems. In other ways, the wheat we are consuming is so different than organic wheat that it is causing us to be addicted to it. Some are calling it bioterrorism for this reason.

GMO food plants make these new dRNA so that the gene structure is silenced or amplified in very specific ways. There are no evaluations of dRNA and how it will affect our genes by the FDA, and Monsanto is working on dRNA technology, buying up companies that are developing it so that it can be issued as the next round of GMO food they unleash unwittingly on us.

Researchers in Australia and New Zealand are exposing this issue. Even inhalation of the GMO company’s sprays can change the way our bodies produce DNA and associated proteins. Most frightening is the fact that this dRNA can translate through the offspring of the people exposed to it.

In Canada, new research is showing that pregnant women’s blood samples contained traces of toxins found in GMO foods. Who knows what the long term ramifications are of messing with our very genetic structure, but they can’t be promising considering the track record of Monsanto thus far.

There are plans to introduce this dRNA in food, medicines, vaccines, and ‘pesticide’ sprays. Unless you want to play a game of wait and see with your own genetic evolution, it might be time to go all organic until more research is leaked on the subject of GMO and DNA alteration.

31 responses to “Species Alteration: Is GMO Rewiring our DNA?”