Smoking Really Does Speed up Aging – But by How Much?

Smokers are about twice as old as their chronological age

If you’re a smoker, anti-aging creams and lemon skin treatments might not be enough to truly help you look younger. It’s generally accepted that smokers age more quickly than non-smokers, but by how much? According to a recent study, men and women who puff-puff for years on end are about twice as old as their chronological age. [1]

The findings were reported in January in Scientific Reports.

“Smoking is a real problem that destroys people’s health, causes premature deaths, and is often the cause of many serious diseases.”

Smoking kills about 48,000 Americans each year, yet 38 million Americans continue to light up. Nicotine dependence is the most common form of chemical dependence in the United States. It’s a tough addiction to kick since a single puff almost immediately calms the user. 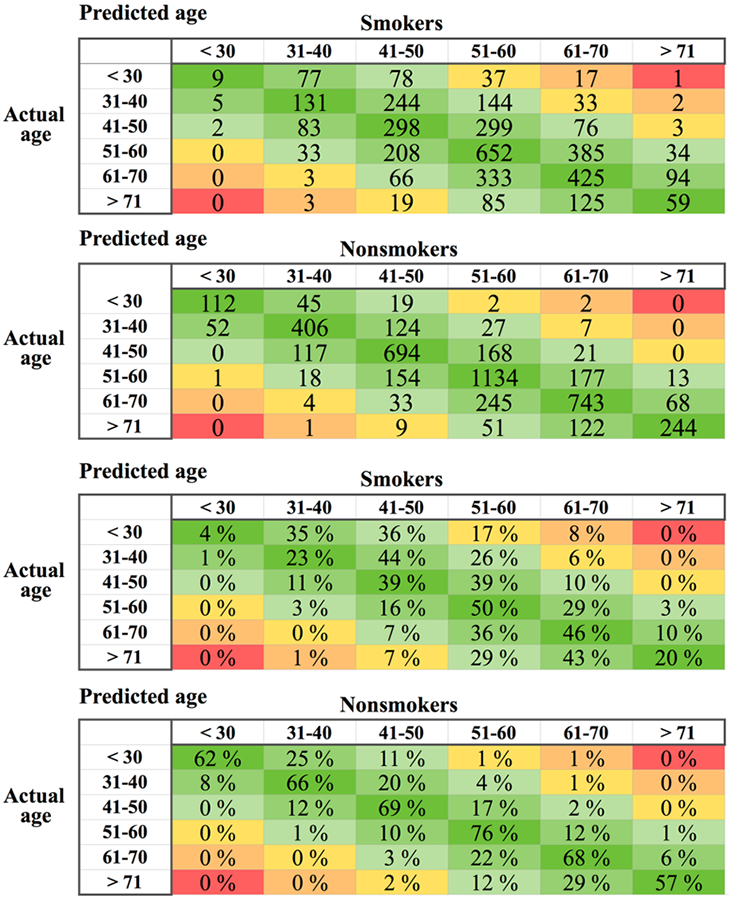 The findings revealed that both male and female smokers were predicted to be twice as old as their chronological age, compared to non-smokers.

Obviously, that’s bad news. But something positive did come from the findings. Studies of smokers typically rely on self-reporting, i.e., smokers tell researchers how often they light up. But the study shows that deep learning analysis of routine blood tests could replace that unreliable method and evaluate the influence that other lifestyle and environmental factors have on aging.

You might have heard that “50 is the new 30.” Well, if you’re a smoker, it’s the other way around. Cigarettes just aren’t worth it. Quitting smoking not only extends your life but improves the quality of it.