Shopping App Let’s You Boycott Monsanto and Others 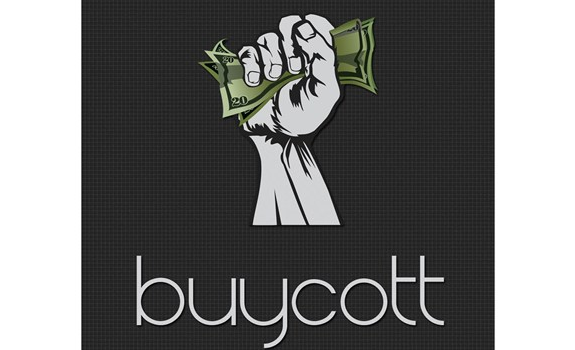 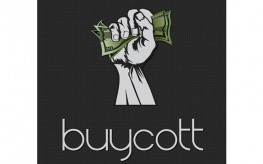 A new free app called ‘Buycott’ allows you to use your Android or iPhone to analyze products and determine if you’re supporting Monsanto’s GMOs, Big Food companies who are damaging your health, or simply low quality products.

Have you ever wished you could own a parrot that sat on your shoulder and said, “squak! don’t buy that’ as you ambled through a grocery store or retail shop, purchasing something like toilet paper or a box of macaroni shells that would add to the financial coffers of companies like Monsanto, or billionaire industrialist David Koch? While your local grocery store probably wouldn’t let you get much further than the pet food aisle, you can now download an App for your Android or iPhone that tells you exactly when you are about to purchase GMO corn or Dixie Cups, a product of one of the many subsidiary companies of Koch Industries, Georgia Pacific.

Think of the new App, championed by Darcy Burner, a former Microsoft programmer and congressional candidate, like an all-knowing friend who reminds you not to get that pair of yoga pants because Dupont Chemical (also a subsidiary of Koch) makes the lycra in them, or to choose that bag of carrots over this one, because there is no GMO in it. If you thought fair trade hang-tags were a way to keep a watchful eye on corporate greed and environmental negligence, then get a load of the app that just scans a barcode and tells you if its ‘safe’ or not.

In fact, the App will trace the product all the way back to its ‘parent’ company, so you know exactly who you are supporting with your purchases. For example, did you know McNeil Nutritionals is a subsidiary of Johnson & Johnson, who has continued to put carcinogenic chemicals in their products for years?

Even better, you can scan your bag of chips and see if it was made by one of several dozen companies that gave millions of dollars to oppose mandatory labeling of GMO foods, and essentially, boycott them.

The app is similar to the many other initiatives currently mounting against Monsanto, as NaturalSociety Editor Anthony Gucciardi detailed a few days ago in his article ‘March Against Monsanto Is The Beginning of The End For Monsanto’.

Ivan Pardo, a 26-year old wiz kid is the freelance programmer who created the App. Thanks to inventions like Pardo’s, and the transparency his techno gadget offers, it will be harder for companies to hide behind their web of lies and convoluted oligarchy that allows just a few elite companies to rule the world with chemicals and illegal price-fixing schemes. If everything is rigged in favor of just a few billionaire industrialists, like Monsanto, then educating people about their purchases gives them the power to ‘vote’ with their dollar, and choose to purchase something else, instead. Such a simple way, to stick it to the companies who have been poisoning your food, dumping toxins in your air, water, and soil, and to support those who actually have the modicum of a moral compass when it comes to making a dollar (or several trillion) at the expense of millions of people’s health.

Let’s face it, remembering who the top 10 most unethical companies are when you are just trying to buy some dinner, or a new pair of pants shouldn’t mean you are inadvertently contributing to corporate greed and fraud. Fortunately, there’s an App for that, and it comes out in May, premiering on iTunes and the Google app store. Its free and its name is Buycott.