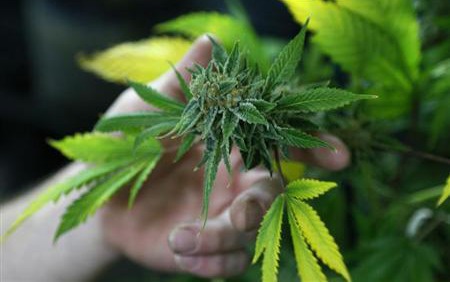 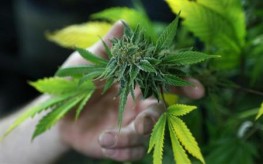 A study published by the US Natural Library of Medicine National Institutes of Health states that cannabinoids can modulate the brain’s reaction to stimulant drugs, thus making addiction to cocaine, amphetamines, and other damaging drugs easier to treat.

These stimulants affect the brain in a very specific manner, yet cannabis seems to mitigate the effects in a positive way, lessening the need for more stimulus that then leads to an addiction to the stimulating substance. Specifically:

Drugs can be classified in seven basic categories, based upon how they affect the mind and body:

The National Institute of Health researchers discovered that cannabinoids affect the brain’s reward system, which includes the amount of pleasure they feel in response to a substance, namely stimulants, but also other drugs. Evidence suggested that the endocannabinoid system (ECBS) produces neurological processes similar to ones present in the brains of individuals suffering from stimulant addictions.

Researchers at the Psychiatry Research Unit at Centre Hospitalier de Montreal in Canada claim this discovery opens the door for further exploration regarding the possibility of the cannabinoid system as a “potential drug discovery target for treating addiction across different classes of stimulants.”

While several pharmacological drugs have failed at treating methamphetamine addiction, the problem of addiction to these drugs continues to rise in the United States. The pharmaceutical drugs attempted have included antidepressants (which often cause their own addiction and dire side effects), anticonvulsants, and antipsychotics.

This and other studies point to the possibility that the endocannabinoid system, supported by cannabis and THC, can actually highly regulate the mental and hormonal changes in the body, even changing cellular receptors and neurological functioning.

More study of the endocannabinoid system might uncover ways not only to heal addictions to ‘hard’ street drugs, but also to damaging pharmaceuticals and even non-drug induced depression, anxiety, and the other emotional undercurrents that cause many individuals to seek out drugs to self-medicate.

“Cannabinoids promote homeostasis at every level of biological life, from the sub-cellular, to the organism, and perhaps to the community and beyond. Here’s one example: autophagy, a process in which a cell sequesters part of its contents to be self-digested and recycled, is mediated by the cannabinoid system. While this process keeps normal cells alive, allowing them to maintain a balance between the synthesis, degradation, and subsequent recycling of cellular products, it has a deadly effect on malignant tumor cells, causing them to consume themselves in a programmed cellular suicide. The death of cancer cells, of course, promotes homeostasis and survival at the level of the entire organism.”

If cannabis can kill cancerous cells, it wouldn’t be surprising that it would be able to regulate other home systems of the body – including our neurological reward system.

One response to “Shocking New Study: Cannabis May Treat Addictions to Hard Drugs”